News & Events
The Voice
International News Desk – At Home: Dreaming of a White Christmas – Around the World: Meteor Tracker

At Home: Dreaming of a White Christmas

In the classic Christmas film, Bing Crosby’s ?dreaming of a white Christmas.? Regardless of whether the movie created the expectation, countless revellers now wish for a white blanket of snow to get them in a seasonal mood. What are the chances that your region will have snow in time for the holidays?

As The Weather Network reports, Environment Canada ?has analyzed more than five decades’ worth of weather data from major centres and calculated the average chance that snow will be present on Christmas Day.? Only a ?snow cover of 2 cm or more on Christmas morning? counted as a white Christmas.

While some cities?Winnipeg, Quebec City, and Whitehorse, for example?are all but guaranteed a winter wonderland, others, particularly in British Columbia, have little chance of snow on December 25. In fact, in Vancouver there’s just a 21 per cent chance of seeing the white stuff, and in Victoria the probability’s even lower, just 17 per cent.

Data analysis has also shown a climate shift: ?children growing up between 1964 and 1982 were more likely to see white Christmases than their own children are now.?

Around the World: Meteor Tracker

Over the past decade, citizen journalism has become more and more prevalent?especially with the rise of smart phones and social networking. Why not harness this power for scientific advances? That thought led NASA to develop its new Meteor Counter iPhone app.

As NASA reports, each day ?more than 40 tons of meteoroids strike our planet.? Whether they’re the so-called shooting stars that disintegrate midway through the atmosphere or the bigger ?fireballs? that end up on the ground, NASA wants to ?[keep] track of it all.?

The Meteor Counter app, which is freely downloadable from the Apple store, is ?designed to harness the power of citizen scientists.? Users can take their smart phone or tablet stargazing with them, and tap a key on the app’s ?piano-style interface? to indicate the brightness (astronomical magnitude) of any meteors they spot. The app automatically transmits the data, including the time and location of sighting. Users can also record verbal impressions of the event.

Bill Cooke, of NASA’s Meteoroid Environment Office, points out that non-scientists can contribute to real scientific need. ?Using our app, people from all walks of life can contribute to authentic NASA research,? he told reporters. 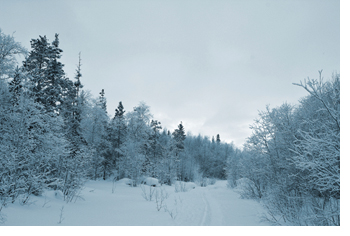