The Rosetta Stone, discovered in Egypt, affords a glimpse of ancient kings and laws. In Scotland, the fragile pages of an 11th-century book bring the past to life through words and vivid illustrations. It’s astonishing to think of how much we’ve learned thanks to the knowledge preserved in these and other works. But with modern records being saved in more ethereal forms, there’s a danger they could be lost forever. In fact, our own recorded history could be destined for extinction, the equivalent of a digital dinosaur.

The problem is known as digital decay, and it brings a whole new set of challenges to preserving words and images. The usual worries still exist, of course. Paper has always been susceptible to water damage, light, and insects. Stone tablets, and even the stories captured on clay pots, can be destroyed by war or vandalism, or fractured beyond repair. Sand and wind can wear away a culture’s history carved on stelae. But the degradation that affects those media comes from outside forces. If protected, the paper and stone records of human history can last indefinitely?or at least for several millennia. Not so with the digital storehouses of our lives.

With digital storage, external forces aren’t the main problem. It’s the digital media themselves that are cause for concern.

The first problem is their physical form. Far from being evanescent signals flying through space, our bits and bytes have physical substance. they’re minuscule but they’re there, ?electrons moving through circuits, or photons in a fibre-optic pipe,? as this Telegraph article explains. And this means that, along with the usual problems of water damage or war, the electrons and photons that make up your CD of holiday photos are subject to entropy and decay.

Say you’ve created a digital family tree, making diagrams and typing everything you know about your great-great-grandfather, a heroic mountain climber. You want to pass it down for generations to come, so you mail everyone a copy on DVD. According to some estimates you’d be better off preserving that fascinating tale on paper, since the average lifespan of a commercial DVD is only 50 years. That’s not much when You’re talking about preserving your family’s cultural heritage, especially when compared to the longevity of older methods, like jotting births and deaths in the front of the family Bible. Even if only one person has the original, a photocopy of that record could be shared?and would probably last longer than a standard DVD.

The paradox is that, barring external destruction, newer media have much shorter lifespans than older archives, as an interesting table in American Scientist shows. Pigment on paper (invented 3500 BC) lasts over two thousand years. Magnetic tape (invented 1928) lasts decades. But the relatively newfangled (1990) polycarbonate optical WORM disc? Five to twenty years. That’s it.

And while governments and corporations may be using archival-quality digital and tape storage, That’s no guarantee against loss. In 2010, the Virginia Department of Motor Vehicles lost as many as 16,000 drivers? photos after a computer crash disrupted operations at the DMV for more than a week. The hardware failure corrupted data at 26 state agencies. Tape backups allowed most of the DMV’s data to be recovered, but those thousands of photos were permanently deleted.

The second issue is that It’s not enough to simply preserve the records themselves. We need to preserve the tools required to read, hear, or see them. If you’ve got a stack of unreadable three-and-a-half inch floppies tucked away in a drawer, you know how quickly formats become obsolete. Software and hardware companies go out of business and proprietary formats can be unreadable on competitors? brands, meaning data must always be migrated onto the latest storage tools. The pace of technological change almost guarantees that, unlike the Dead Sea Scrolls, archives of today’s headline news won’t be readable in two thousand years. Not unless government agencies with layer upon layer of archived formats decide to convert them for public use.

Which brings us to another worrisome development for sharing our modern history: cloud computing. The concept is great. Instead of storing (and backing up) all your documents, photos, and music on your own computer, you simply store them in the cloud, letting remote computers preserve your stuff. You don’t even need to install software programs anymore; just log in to a web-based service that hosts all the software you use.

The problem, as far as preserving books and music goes, is that centralized storage means fewer copies. When Bing Crosby recorded ?White Christmas? back in the 1940s, it went on to sell close to 50 million copies. Paperbacks and hardcovers of Dan Brown’s The Da Vinci Code can be found on millions of bookshelves around the world. But shifting to the cloud means that we’re also embracing streaming instead of downloading, and that could have serious repercussions for things like censorship and access to information. 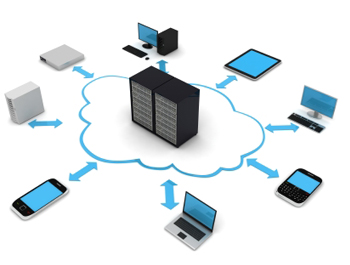 For instance, what will future generations know of us if publishers or corporations can alter news archives and no original versions (either paper or digital) exist to contradict those edits? If all of us read Huck Finn in the cloud, would the sanitized version come to be the only one available?

In this age of information overload, with so much data available instantly, the idea of losing our cultural records might seem fanciful. But at least one group, The Long Now Foundation, takes it seriously. One of their many fascinating creations is the Rosetta Project, which includes a ?three inch diameter nickel disk with nearly 14,000 pages of information microscopically etched onto its surface.? Besides being an aesthetically beautiful item, the disk acts as a ?decoder key? for a growing, long-term archive of literature, technology, medicine, and more. Future generations will only need a magnifying glass and the naked eye to read it.

There’s much to love about this new digital world, and much to appreciate in the joys of e-books and the Internet. But if we embrace it unwisely, too much and too soon, those MP3s and DVD backups could turn into nothing more than digital dinosaur bones.