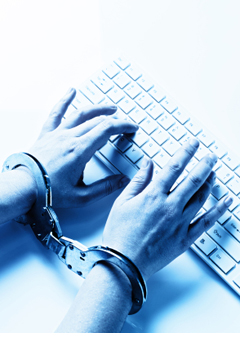 The night before the blackout protests on Wikipedia, Reddit, and other information sharing sites, a friend of mine posted the following status: ?Maybe the Mayans were just predicting the blackening of Wikipedia.?

Exaggeration? Maybe not. This columnist wasn’t so far from the truth when he joked that without the online information giants, we’d be under a ??knowledge eclipse?? no one under the age of thirty [would] know how to confirm or disprove a statement of fact.?

The truth is that we rely heavily, almost exclusively, on online sources for verification and knowledge. Whether we’re researching a project or article, locating the best deals on tablets, or just finding out when The Hunger Games hits theatres, we almost always turn to the web for information.

Good or bad? That’s up for debate. Librarians decry the lost art of researching the old-fashioned way, and there’s always the concern for accuracy that led many to resist web-based research for years. On the other hand, a savvy user can weed out most of the garbage. And there’s no denying that the pervasiveness of online culture has allowed the spread of information, ideas, and even revolutions. One only need look at 2011’s Arab Spring as an example of how much social change online interaction can initiate.

It’s often been said that knowledge is power. But in today’s connected world, It’s the ability to freely access that knowledge That’s truly empowering. While we still have libraries, microfilms, DVDs, and the like, the reality is this: the quickest and most effective way to spread and share knowledge is online, through social media.

Which all makes the fuss about the proposed US anti-piracy legislation (SOPA/PIPA) particularly relevant.

For a crash course in why the legislation’s problematic, the Electronic Frontier Foundation gives the rundown. Essentially, the bills would give far-reaching powers to shut down sites that could possibly be seen as stealing information.

The problem is that It’s not limited to websites profiting from, say, the illegal pirating of movies. It could be something as simple as a blog like The Oatmeal turning a press photo into a joke, or all of YouTube being shut down because some user uploaded a video of their kid singing a song?without paying the original artist royalties. Worst of all, there’d be little to no due process for site owners once a complaint was lodged.

The stifling of free speech is always a matter for concern. But cramping the very means of communication?the primary means of communication these days?is altogether frightening. And while this legislation is being presented before US Congress and Senate, It’s still relevant for Canadians. International sites can be targeted as well, and Canadian and US users share information frequently.

In fact, because of the interconnectedness of the web, what affects a user in one country will impact others networked across the globe.

Make your views known. Spread awareness. Even if the legislation fails, stay vigilant?there are many other nations who have introduced or are introducing laws that stifle online communication. We need to be aware of the plight of all, working toward freedom of access across the globe.

It’s not just a web geek thing. It doesn’t matter if you don’t use Wikipedia or avoid Facebook. If the proposed SOPA/PIPA legislation and similar measures aren’t stopped, we could be looking at the beginning of the end of modern communication as we know it.

Maybe the Mayans were onto something after all.

Editorial – On the Agenda