News & Events
The Voice
Click of the Wrist – Dragons Today 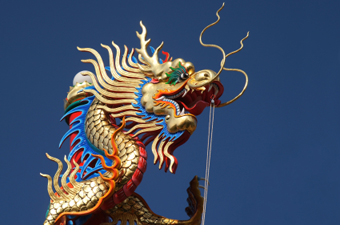 This past week we celebrated the Lunar New Year, also known as Chinese New Year. 2012 is the Year of the Dragon, but there’s no cause for excessive alarm. In Chinese tradition, dragons are not the terrifying enemies from Western literature, but rather are symbolic of good fortune. This week we look at a few ?dragons? we can find outside of legend:

The scale-covered dragonfruit, actually a member of the cactus family, is most commonly thought of as an Asian fruit?but It’s also grown in Mexico, South America, and Israel. Click to find out more about this unusual fruit, which is said to taste like ?like a cross between kiwi and pear.?

The dragonfly’s eating habits can be a bit scary?if You’re a bug. The carnivorous insect can eat up to its own weight in just half an hour!

They may not breathe fire, but you wouldn’t want to meet the Komodo dragon, which grows up to 10 feet long and whose bite carries ?over 50 strains? of deadly bacteria. Check out National Geographic‘s page for more facts and pictures.

The dragon’s blood tree, a rare variety, has long been prized for the healing and alchemical properties of its bright red sap.