News & Events
The Voice
International News Desk – At Home: Bear in There – Around the World: Auroras Away

At Home: Bear in There

?There’s a polar bear in our Fridigdaire,? goes the Shel Silverstein poem. For one Newfoundland family, that became a little too close to reality when a polar bear broke into their home in the middle of the night.

As The Globe and Mail reports, homeowner Louis Reardon ?got the shock of his life early Thursday when . . . a large male bear broke into [his] home? near St. Anthony, NL.

Just after 4 am, a bear broke through the door and surprised Reardon’s 29-year-old son, who had ?heard a ruckus and flicked on the light to discover the animal.?

Reardon grabbed his shotgun and fired to frighten the bear, not wanting ?to risk wounding it and have it come back furious at him.? ?A polar bear doesn’t usually back down,? Reardon told reporters, adding that ?You don’t take chances on stuff like that.?

Before breaking into Reardon’s home, the bear had ?[beaten] in doors and [broken] windows at three other homes? as well as killed farm animals.

Local RCMP found and shot the bear before he could do further damage.

Around the World: Auroras Away

The skies look different from the surface of other worlds. But That’s not limited to gazing at the universe beyond. On Uranus the view really does look different than on our planet?thanks to the unusual auroras that form there.

As the CBC reports, scientists have recently observed ?[strange] auroras that are very different from Earth’s northern lights.?

While auroras on earth ?usually take the form of green, red and purplish curtains of light in the night sky? and ?can dance and ripple for hours,? the auroras on Uranus were short-lived and appeared during the day (on the side of the planet closest to the sun).

One of the researchers told reporters that Uranus’s ?configuration is unique in the solar system.? 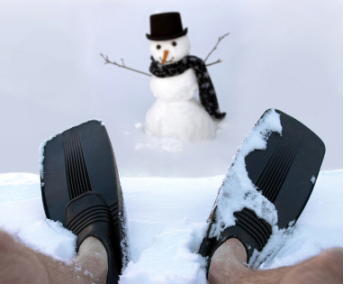