Free textbooks! Can you imagine the excitement a sign like that would cause on campus? It might seem like the stuff of fiction, but free textbooks are the latest entry on the open-source landscape?and they’re set to give the traditional market a run for its money.

Much in the way the software market once operated, the traditional textbook ecosystem has always tended toward inertia. For instance, the only software names most people knew for decades were Microsoft and Apple. Similarly, once a textbook becomes an accepted standard, it ?can be difficult to get professors to change the books they use.?

Those words come from Brent Gordon, editor-in-chief of McGraw-Hill’s business and economics group, in a Poets and Quants interview. And Gordon ought to know: McGraw-Hill publishes the major competitors to one of the most widely used textbooks around, Financial Management: Theory & Practice by Eugene Brigham. ?In some cases,? Gordon notes, ?professors used these books when they were students. They have a comfort level with them.?

But free, open-source textbooks are a whole new customizable model that could set that inertia spinning.

One of the oldest and largest open-source publishers is Flat World Knowledge. They have an interesting video on their homepage, one that explains the many options students can choose from: MP3 audiobooks, online quizzes, and flashcards, for example.

Other open-text supporters include The California Open Source Textbook Project (COSTP), which started in 2001 as a collaborative public?private effort to ?address the high cost, content range, and consistent shortages of K-12 textbooks in California.? And then there’s OpenStax College, a site that offers ?peer-reviewed texts written by professional content developers.?

All that sounds great, but what about quality? Textbooks need to conform to a certain standard of excellence. They need to be reliable and accurate. For many courses, the textbooks used need to be peer-reviewed. And let’s face it, all of that takes money. A lot of money, even before you start figuring in costs like graphics and permissions and professional design.

If textbooks are free, shouldn’t we worry about the adage that you get what you pay for?

Yes?and the major open-source publishers seem to take that expectation seriously. OpenStax, for instance, has support from several philanthropic organizations, including the Bill and Melinda Gates Foundation, the William and Flora Hewlett Foundation, the Twenty Million Minds Foundation, and Rice University (OpenStax was launched as a joint project between Rice University and Connexions.)

OpenStax textbooks are ?developed and peer-reviewed by educators.? Flat World Knowledge uses a peer-review process as well, and its founders spent decades working for some of the largest textbook publishers in the business, including Pearson Education.

Will public schools and universities suddenly jump on the open-source wagon, tossing long-established texts out the window? Of course not, and we shouldn’t encourage them to do so without taking a good, long look at the options. But with the dazzling speed that open-source enthusiasts brought exciting changes to computers, your $500 chemistry text could be the Commodore 64 of tomorrow.

Write Stuff – E-Class is in Session 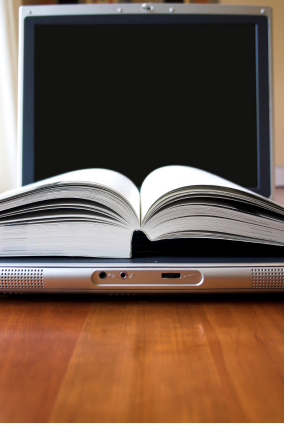