Features
The Voice
Editorial – Guy on the Train 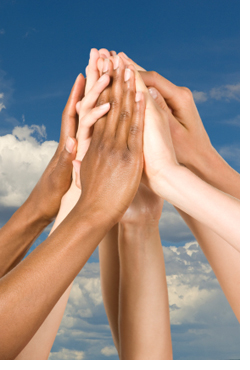 On a recent trip we let the train zip us around downtown, and spent our time people watching instead of fighting traffic. The passengers on board ran the gamut: lawyers and nurses and office workers returning home at the end of the day. Students heading out for some fun. Couples going wherever couples go on a Monday night. Tourists like us.

And then there was that guy.

I think he was a stand-up comedian of some sort. At least, That’s the impression he gave as he chattily proclaimed his curriculum vitae to the other passengers. He was friendly and conversational enough. But he gave the distinct impression of weird.

We reached our stop and left him behind without a further thought. But then I began to wonder: was it the guy himself? Or is approaching and chatting with strangers so unusual that it made us raise our eyebrows? After all, the secret train code requires us to mind our own business, faces glued to screens, earplugs crammed into ears. we’re somehow supposed to travel alone in the crowd.

Kind of like we travel through life . . . lonesome voyagers in a sea of humanity.

Why is that? Why does public friendliness seem so foreign as to strike us as weird, even suspect?

I’m not convinced It’s the fault of technology. True, all the screens and earphones help ensure we remain isolated. But maybe we’re the ones to blame, not the phones and iPods.

We get a dose of fear from the daily news. Yet we’re equally aware that millions of people volunteer, care for their families, and play the Good Samaritan and save strangers? lives. So I don’t know that public isolation happens out of fear, though maybe fear plays a part.

Fear can happen on a deeper level, involving more than just worry over bodily harm. Perhaps we avoid interaction because we fear commitment. Interacting or getting involved on any level requires a connection. To engage in conversation is to give a little of ourselves, even if just for a moment, even if It’s on an inconsequential matter. In this use-and-toss world, we don’t know how to commit anymore, so we avoid it completely.

But it doesn’t make us happy.

I don’t know that a smile and hello will solve all our problems. But it might be a start. After all, if society can start breaking ground and committing to just one friendly word to a stranger, deeper connections may follow. Then, as we stop fearing human interaction and start embracing it, we may find a new appreciation of the wonders of our fellow travellers on the journey of life. 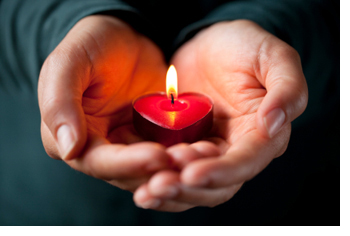 Editorial – Love is the Bond