Columns
The Voice
Around AU – Convocation 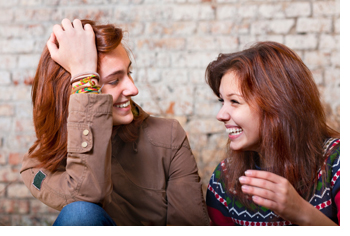 Most of us are too busy to spend too much time poking around the Athabasca University website. Usually we glimpse only the front page as we log into MyAU in search of the important stuff like our grades, extension registrations, and maybe the Library. However, AU has a lot more dynamic content?including many student resources?that can be uncovered with a little digging. This column will explore what’s going on in and around AU: the useful, the important, or maybe just what’s interesting to note.

This week, we will be taking a look at Convocation.

Because of AU’s open course enrollment system, students may graduate at any time of year. However, each June AU holds its official annual Convocation ceremony. It is open to any students who graduated over the course of the previous year, as long as they can get their final grades in to the registrar by late April/early May.

Convocation is held in the town of Athabasca, Alberta. While it used to take place on the grounds of the university in a big red and white tent, for the past couple of years it has been moved to the regional multiplex just down the road in order to accommodate the increasing number of graduates and their families and friends who attend each year.

At most universities, convocations will have the graduates sitting in front of the stage. During the ceremony they will be called up and presented their degree and ?hood?; they then sit back down again to watch the rest of the procession as well as hear speeches congratulating and encouraging the graduates in the next phase of their lives. In the movies, this is followed by the hat throwing scene.

At AU, things run a little differently. First, the graduates are all seated on the stage facing the audience. This makes sense because while at brick-and-mortar universities the graduates typically know one another, at AU most of the people the graduates know are sitting in the audience, facing them. Another significant difference is that at AU graduates submit a short autobiography, which is then read out as they are called across the stage. AU says that all of these unique traditions are done to keep the focus squarely on the graduates as they celebrate their accomplishments. In fact, the university notes that students who attend Convocation seem to strongly favour these measures. Unfortunately, however, only graduates who attend the ceremony are announced. The many students who don’t or can’t attend receive no individualized recognition at the ceremony.

To see what the whole thing looks like, you can view one of the recorded videos here.

If you’ll be attending in person, there are some special considerations that need to be taken. AU has arranged travel discounts with Air Canada for flights to and from Edmonton from May 29 to June 19, and with WestJet from June 4 to June 15. Information on these discounts can be found here.

While there are accommodations available in Athabasca itself (see a list here), anybody planning to stay up there had best call early, as many of them are pre-booked far in advance.

Additionally, AUSU has arranged some deals with certain Edmonton hotels and is providing bus service to take graduates and their families to and from Athabasca. Write to ausu@ausu.org for more information about these programs.

If You’re unable to attend Convocation this year, you can still watch the ceremonies live on the Convocation page. Convocation runs from June 7-9, 2012. 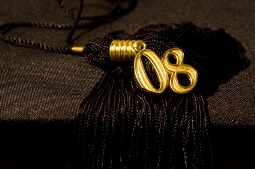