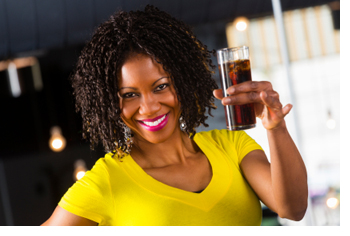 Well, maybe not so shocking. What might come as more of a surprise, though, is a proposed law banning the sale of oversized cups of pop at New York City sporting events, restaurants, and the like.

The move is part of an ongoing campaign against the obesity epidemic. But while some herald the measure as creative and forward-thinking, others are more critical?and with good reason, because once again the health policymakers are on the wrong track.

As I’ve written before, banning food and denying people the freedom to choose what they want to eat and drink, whether It’s good for them or not, can only negatively impact their mental health and critical thinking skills. Worse, restrictive laws and even educational initiatives are ignoring the larger problem at work: food economics.

As this Atlantic article suggests, policies that ban bad foods instead of promoting or subsidizing healthier options smack of a certain elitism. After all, while obesity is widespread It’s particularly a challenge faced by poorer families.

The fact is, healthy food costs more. Much more. In fact, It’s really hard to maintain a healthy lifestyle on an extremely tight budget. While a bag of chips will run you more than a single apple when You’re in need of a quick snack, groceries in general are far more expensive when You’re choosing lean meat, whole grains, and fresh fruits and vegetables instead of the fattier, saltier, chemical-laden alternatives the store’s always got on sale. Why purchase a $5 block of cheese and spend an hour making mac and cheese when you come home from a 12-hour shift when you can open a 50-cent box of Kraft Dinner and feed your starving kid?

Educating people on healthy choices and requiring food manufacturers to act responsibly is only going to go so far, and banning large servings of pop?which customers can easily get around by ordering two?is a grand gesture That’s ultimately ineffective and insulting.

The mayor of New York City may mean well, but he’s missing the point. Before we start focussing on limiting the ability to choose between healthy and junk food, we need to make sure the choice actually exists in the first place.