Columns
The Voice
The Mindful Bard – My Joy 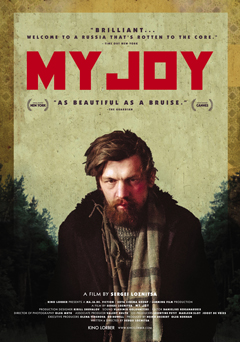 ?Anyone who doesn’t regret the passing of the Soviet Union has no heart. Anyone who wants it restored has no brains.?

?As a result of half a century of Soviet rule people have been weaned from a belief in human kindness.?

?Virtue is praised, but hated. People run from it, for it is ice-cold and in this world you have to keep your feet warm.?

In a Bad World the Good Children Get All the Spankings

There’s a traffic jam on a dirt road in a forest, if you can believe it. When Georgy gets out of his transport truck to make polite inquiries about what’s happening up ahead, he’s met with wisecracks. A prostitute approaches him. She says She’s 18, but looks not more than 12 years old. Another trucker tries to proposition her, so Georgy takes her to his cab, feeds her, and gives her some money to buy food, never making the transaction she expects. She thanks him by throwing the money in his face and telling him she doesn’t need his pity or his money, thank you very much? She’s perfectly capable of making her own living.

This is one of the strange misadventures visited upon this hell-harrowing angel after he loses his way in the Russian countryside.

In post-Soviet Russia, ?might makes right? seems to be the only moral standard. Contrary to the theme of The Lord of the Rings, not only has good lost the battle, It’s also lost the will to fight.

So why go on? Why even finish the film? People here are so jaded, so evil, so heartless, so miserable, and so desperately greedy, that even those who recoil in horror at the depths of their depravity still have no defence against their clawing, grasping cruelty.

My Joy (a more incongruous title would be hard to find) is a good example of a coherent message within an incoherent plot, the antithesis of the commercial Hollywood formula. Critics and filmgoers have complained that in spite of its aesthetic value this movie is hard to watch not only because its subject is so bleak but also because the plot appears to meander sadly and aimlessly, much like the forlorn figure in the final shot.

But dig deeper and you’ll find a solid theme emerging almost organically from every scene: Nature abhors a (moral) vacuum. Righteous wrath may sleep, but it can’t die. Pushed to the wall, it eventually explodes in all directions without consideration of guilt or innocence. 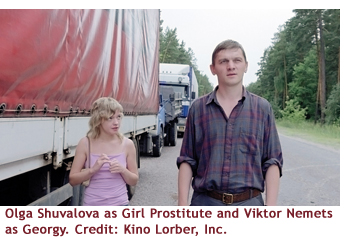 Early in the story, after Georgy is clubbed in the head by thieves and left for dead, we see what looks like a flashback to his Soviet-era childhood at the end of the Second World War. His mother has died and he’s being raised by his kind, sensitive father. One night his father graciously allows two strange soldiers to enter the house. He gives his best food to these ill-mannered men and invites them to spend the night, but at dinner he makes the mistake of suggesting it wouldn’t be so bad if the God-fearing Germans took over. Later that night as he’s sleeping, the soldiers punish his treason against the Soviet Union by giving him a summary execution, looting his house, and leaving his little boy to fend for himself.

This trauma has made of Georgy a ?wise child,? the early shock forcing on him a transcendent wisdom and a singular mission.

My Joy fulfills nine of the Mindful Bard’s criteria for films well worth seeing: 1) it is authentic and original; 2) it poses and admirably responds to questions that have a direct bearing on my view of existence; 3) it stimulates my mind; 4) it harmoniously unites art with conscience, saving me from both seclusion in an ivory tower and slavery to someone else’s political agenda; 5) it is about attainment of the true self; 6) it inspires an awareness of the sanctity of creation; 7) it displays an engagement with and a compassionate response to suffering; 8) it makes me want to be a better artist; and 9) it makes me appreciate that life is a complex and rare phenomenon, making living a unique opportunity. 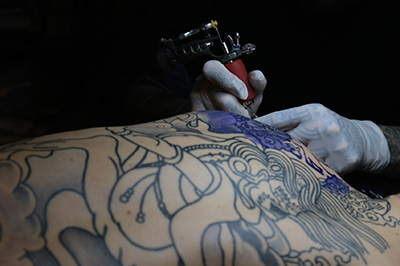 Another Perspective on Getting Inked

The Fit Student – How to Study and Live Stress Free

From Where I Sit – Thanks Oilers