Fake It ?Til You Make It to the Real

When the man goes outside the café to talk on his cellphone, the middle-aged Tuscan waitress remarks to his female companion that he seems to be a good husband. Taken aback?She’s only just met the man yesterday and isn’t romantically involved with him?the woman decides to play along and pretend that she really has been married to this man for years and that they have a host of typical marital problems. For one thing, she really wants to hear what this wise soul has to say on the subject of marriage and happiness. But at the back of her mind, she also has a singular mission.

When the man returns, she tells him they’ve been mistaken for a married couple. He quite naturally falls in with the simulation, and for the rest of the day they continue to speak and act as though they’re married. They even develop a history and a dispute unique to their relationship, a conflict that nearly every couple forms early on in the relationship and repeats ad nauseum, never seeming to get it resolved. In their case the argument revolves around his coldness and her emotional demands.

Both of them bring so much personal baggage to the game that it quickly becomes clear this isn’t just lighthearted play-acting; the facts of their existence compel them toward the staging of this tragedy whose goal, for both of them, is the discovery of something transcendent. A haunted quest for the real has thrown them together for better or worse.

When you were a teenager, did you ever consider yourself a seeker or defender of truth, denying yourself many of the sweet comforts of illusion in your single-minded quest for meaning? Despite the warning underlying The Matrix, our illusions can grant certain emotional and physical benefits that are quite real. It’s similar with copies; knowing that an object isn’t an original doesn’t necessarily detract from the pleasure of viewing the object or from the object’s benefits to a culture.

This is where James and his companion disagree. Her happiness is contingent on things conforming to an ideal reality while he asks, What is real? James sees a replica as a kind of portal, a thing that points and beckons us back toward the original. He shows that a careful study of copies leads us to the realization that every object around us is somehow a copy of another object, and that we’re living in a giant network of echoes and shadows. A forged Mona Lisa is a copy of the original Mona Lisa, which is a copy of La Gioconda, which is a DNA replica of a composite of La Gioconda’s ancestors.

James has written a book about the importance of copies in the world of art. His companion has discovered this book and bought six copies to give to friends, even though she claims to disagree with its premise (an antiques dealer and art connoisseur, she feels a distinction should be made between the value of a copy and an original). Her obsession with James and his ideas?she attends his lecture, insists that he sign the books She’s bought, and invites him to meet her?are based not so much on physical attraction as on a sense of personal urgency she dare not disobey.

The true marital status of these two virtual strangers remains unspoken. The woman doesn’t even appear to have a name?she never gives it, and James never addresses her directly. In this way she appears to act as a symbol for that nameless thing that illuminates our surroundings and gives them their significance.

The two are so hungry to find the authentic that they’re compelled to conduct an existential experiment in which they take up arms against all that might distract from the most precious thing that they seek. Among these distractions are the petty frustrations and duties of life, but right up there with these is the kind of conditional happiness That’s dependent on the satisfaction of lofty ideals.

Distraction from the deepest goods creates bitterness and resentment in romantic relationships. If we can learn to accept our partners as they are, only abandoning them when they become willfully destructive to us, we have an opportunity to achieve that level of mindfulness necessary for profound and lasting joy.

By the end of the film both have expressed not only their personal thoughts and feelings but also the collective universal crisis that is relationship; they end up speaking for the human race. Through a series of tests and recriminations these two eventually discover the thing shining brightest in their hearts, the thing, in Sappho’s words, that is ?more gold than gold.? As in Who’s Afraid of Virginia Woolf?, they reach a mythical level where they become the gods they’ve supplanted.

In a square they encounter another art-loving couple. The man takes James aside and tells him that all his wife needs is for him to place his hand on her shoulder. James thanks the man, but declines to follow the advice. Later, though, he changes his mind and places his hand on his ?wife’s? shoulder. She melts, becoming almost diaphanous with joy. Like the velveteen rabbit, she has become real.

What is authentic? The authentic is whatever is illuminated by proximity to the beloved; It’s what comes alive under the touch of that loving hand. The closer the copy is to the original, the more it is authentic in itself.

Certified Copy fulfills eight of the Mindful Bard’s criteria for films well worth seeing: 1) it is authentic, original, and delightful; 2) it poses and admirably responds to questions that have a direct bearing on my view of existence; 3) it stimulates my mind; 4) it provides respite from a sick and cruel world, a respite enabling me to renew myself for a return to mindful artistic endeavour; 5) it is about attainment of the true self; 6) it inspires an awareness of the sanctity of creation; 7) it makes me want to be a better artist; and 8) it makes me appreciate that life is a complex and rare phenomenon, making living a unique opportunity. 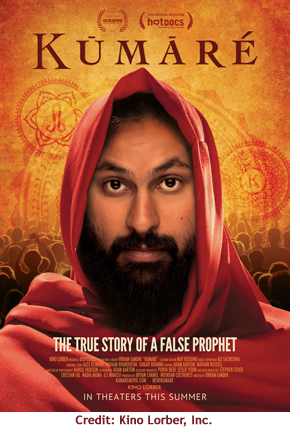