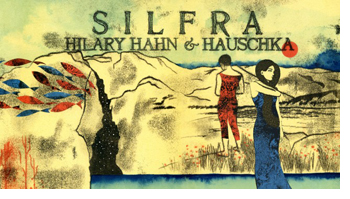 ?The canon which runs from antiquity via Palestrina and Bach and through to Schoenberg via Haydn, Mozart and Beethoven is truly a wonderful tradition full of beautiful music. But who needs it any more? And when did people begin sitting down to listen to music instead of dancing and singing along? Compared to the joys of group improvisation, this great European tradition seems like so much hierarchical social nonsense studded with genius.?

“The soul should always stand ajar. Ready to welcome the ecstatic experience.?

After the Jim Crow laws came into effect in the South, black musicians were not allowed to read sheet music; although many of the players had advanced degrees, white audiences didn’t want to think these artists capable of academic learning. These meant that upper-class black musicians were practically compelled to memorize and improvise on standard tunes. This circumstance was one catalyst for the birth of jazz.

Conversely, white classical musicians have long been discouraged from improvising. White audiences like to see those music stands, and frequently they assume that improvisation is just messing around, having fun, throwing all the rules out the window (a criticism voiced most often by poor listeners). Why waste our time listening to that?

American violinist Hilary Hahn started her career as a musical prodigy at the age of 12, when she performed with the Baltimore Symphony Orchestra. A virtuoso with an exceptional ability to interpret Bach, she refused to renew a contract with Sony because in her opinion they’d failed to grant her sufficient artistic license.

Hauschka was accustomed to experimental work; Hahn had mostly restricted her improvisation to her interpretations of Bach compositions, whose meticulous scoring belies their improvisatory origins. they’re an unusual combo and Silfra is an unique creation, an adventure in improvisation that makes use of each musician’s unique gifts.

The idea for the album came about after Hahn and Hauschka were introduced by folk performer Tom Brosseau, who kept on insisting that the two were somehow musically compatible. Hahn and Hauschka took pains to hide their collaboration, keeping the music business at arm’s length until entering the Greenhouse Studios in Reykjavik, Iceland. And they left all their scores at home.

In university I remember the joy of aleatoric evenings with my buddy Lorrie. Amateur musicians, we would sit on the floor of her basement apartment?surrounded by recorders, guitars, glass bottles filled at varying heights with water, and whatever we else we found that might make music?and we would play and sing, entering a creative space wherein we fed off each other’s sounds. I’m still amazed at the beauty of the music we recorded during those sessions as well as the extraordinary focus they demanded. We couldn’t have done it without a profound connection with each other, an arrival at that place where all things had become one, and the humility to channel something that came from both within and beyond us.

What are Hahn and Hauschka channeling? Silfra defies the expectations of both avant-garde and traditional music by being too pleasant and hopeful for the first and too liberated for the second. The tracks themselves are profoundly beautiful, but grounded?there is a rigour in the sweetness, like a parent capable of both tenderness and tough love. At times the music is as poignant as a baby’s hug, yet sometimes It’s eerily romantic and wild with abandon.

Hahn and Hauschka clearly work well together, drawing inspiration from each other’s creativity. Crescendos are slow and seem almost to carry a conflict and resolution format, beginning in dissonance as if stating a problem and then slowly building to a harmonious and uplifting conclusion That’s worshipful and healing at once. The more minor dissonant tracks, like ?Adash? and ?Bounce Bounce? (the music video by Hayley Morris is fabulous) are never difficult to listen to, and move toward solace. Even the bleak grey vastness of ?North Atlantic? ends up sounding ecstatic.

The exception is ?Krakow,? the only track on the album for which Hauschka did not prepare the piano. This one, in a minor key, carries a sense of sadness and loss, the playful toylike chords offset by a violin that expresses a mourning tinged with rage.

Hahn’s background is clear; ?Clock Winder? (also a great showcase for Hauschka’s tinkedy rinkedy piano sounds) communicates a Bach-like delight in intellectual puzzles and a kind of aural reassurance, a promise that ultimately all will be well.

It’s all good news. If new music ushers in the future, then the future this album is ushering in must be a deeply benevolent one.

The Mindful Bard – Rory Block, Blues Walkin’ Like a Man