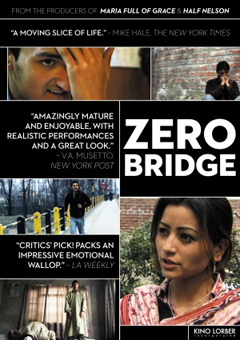 ?Mother tells me ?Happy dreams!?
An? takes away the light,
An? leaves me lyin? all alone an? seein?
Things at night.?

?It is because nations tend to stupidity and baseness that mankind moves so slowly; it is because individuals have a capacity for better things that it moves at all.?

Bani is trying to teach one of her zombielike sisters how to play chess, but the sister’s eyes keep drifting back to the television set, where a Bollywood musical is blaring. As Bani is patiently explaining how each piece can move, She’s compelled to keep reminding her sister that she can watch the show later.

Eventually Mother snaps, don’t you have some housework to do? Stop wasting time and go make the rice! Bani sighs, picks up her chess game, and rises to her feet, leaving her mother and sisters sitting like slugs on the carpet, staring mindlessly at their televised fantasy world.

Dilawar is rejected by his adoptive mother when she starts having babies of her own. She sends him off to live with his uncle, who can’t stop making him feel like an indentured servant even as he preaches moral rectitude. Dilawar remains hopelessly in love with his adoptive mother, writing tender missives to tell her he’s doing well in school. In real life, though, his days are crammed with plastering bricks and mortar, entertaining tourists, picking pockets, and doing homework for high school kids for pay.

This last vocation shows us how intelligent the boy is in spite of having been removed from school by his uncle, who wanted help with his masonry work. Under better circumstances, Dilawar might have been a teacher or a lawyer.

This impressive feature debut by director Tapa is set in Kashmir, a region disputed among Pakistan, China, and India, and this fact alone serves as a potent symbol of how conflicting colonial forces can oppress and psychologically dismember the occupants of a parcel of ground.

Among the film’s characters, the colonialism has been deeply internalized; all of the protagonists? friends and family members appear to be completely egocentric, their energies desperately devoted to getting ahead at someone else’s expense.

The extreme close-ups and jittery movements characterized by small handheld DV cameras, the muted colours, the interesting visual details, and the social commentary artfully and subtly expressed in every scene place this film squarely in the realm of the best Indian New Wave. This subgenre, known as Parallel Cinema in India, developed as a kind of antidote to the commercialism of popular Indian movies. The scenes are brilliant examples of a gritty realism that is deeply metaphorical.

Dilawar, for example, is witnessing the harvesting of a white chicken. The bird is docile but becomes slightly agitated when the butcher gently covers its head and saws it off at the neck with a large knife. The chicken’s body is still struggling, as chicken bodies are wont to do, as the skin is removed.

Dilawar watches thoughtfully, because It’s himself he’s seeing in this chicken. Those who have more power than he does daily deprive him of the use of his head; ignoring his mild protestations, they continue to exploit him until there’s nothing left.

The bridge where Dilawar is not permitted to wait or pass both begins and ends the film. I’m reminded of the Mayan concept of zero; unlike our concept of the zero as signifying nothingness, in Mayan belief the zero was the portal through which all things emerged. In Zero Bridge the bridge is both a wall and a way out.

Dear Barb – The All Important Mother