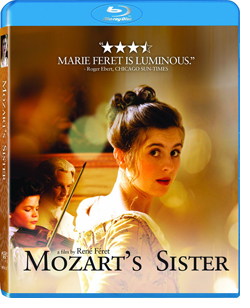 ?Never be bullied into silence. Never allow yourself to be made a victim. Accept no one’s definition of your life, but define yourself.?

?Artistic temperament sometimes seems a battleground, a dark angel of destruction and a bright angel of creativity wrestling.?

The Solemn Dignity of the Silenced Muse

Who am I? I risk everything to acquire the knowledge necessary to my art, skulking between rooms to overhear lessons taught those deemed more worthy than me. I’m a fun-loving romper and a paragon of elegance. I fool those who cling to illusion and reveal myself to those who long for truth from their hearts.

I’m protected and hedged in by family, church, and society, and I can’t quite claim that this is a bad thing for me. The danger that I will be exploited or assaulted or even that my special gifts and powers will be destroyed by the moral dissolution to which those like me are vulnerable, is very real. I can’t with conviction claim, like Hester Prynne, to be the devotee of a morality that transcends convention. But others turn to me for their salvation, telling me to seek joy in renouncing my own desires. How can I possibly save them?

I’m sympathetic with the plight of the aristocracy and quickly enter their hearts; they too, because of their power to affect and influence society, are manipulated and suppressed by those wanting to wield power through them.

I represent the feminine, gentle, acquiescent aspect of the artistic character and show no rancour toward my volatile and rebellious brother, my liberated evil twin?not even when the world decides that it’ll be he and not I to whom it will listen.

Maria Anne Mozart (nicknamed Nannerl) was Wolfgang Amadeus Mozart’s elder sister. She accompanied him on their concert tours, and there’s ample evidence that she may have been as gifted as her famous brother. She could have had the same potential had her father encouraged and supported her gift as he did with young Wolfgang?s.

At first glance this looks like just another facile examination of female inequality within a patriarchal culture, but It’s more complicated than that. Nannerl’s problem is really just a microcosm of the problem of civilization, as seen from the point of view of the excluded (or marginalized) artist. This is really brought home by the gravity of actress Marie Féret, the director’s daughter, who holds herself aloof from the displays of emotion that would have rendered her more realistic but less authentic.

It is true that the filmmakers took liberties with the facts, though the costumes and interiors are historically precise and evocative of the 18th century. The unreality of this drama owes itself to the fact that Nannerl is a highly symbolic character in spite of the vivid quality of this cinematography.

In fact, knowledge of the true story can seriously hinder one’s comprehension of this particular interpretation of the reality. It’s a leap, for example, to sympathize with the onscreen portrayal of Nannerl when we know that in real life she didn’t suffer the poverty, illness, and personal disappointments of her younger brother. And that, like Wolfgang, she had the benefit of a loving if slightly over-ambitious family in addition to an obviously superlative education from their father, Leopold.

Yet all that was most precious was taken from her?creative expression, choice of spouse, freedom of movement, even her one biological surviving son. One might argue that her sex made her a victim, but this is not the case; her famous brother paid heavy penalties for thwarting the will of those bent on directing the course of his life.

Ultimately art brings not peace but a sword, and those who choose it choose conflict.

Mozart’s Sister manifests five of the Mindful Bard’s criteria for films well worth seeing: 1) it is authentic, original, and delightful; 2) it provides respite from a sick and cruel world, a respite enabling me to renew myself for a return to mindful artistic endeavour; 3) it is about attainment of the true self; 4) it displays an engagement with and compassionate response to suffering; and 5) it makes me want to be a better artist. 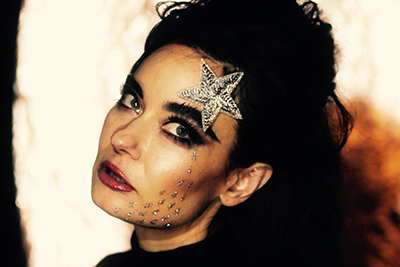 In Conversation with Kristeen Young

In Conversation With . . . Dinuk Wijeratne, Part I