Columns
The Voice
The Mindful Bard – Gainsbourg: A Heroic Life 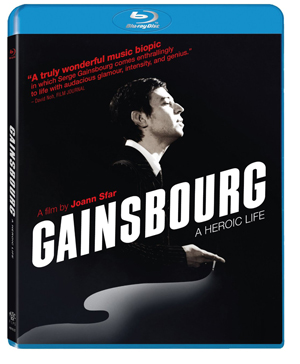 ?In our family garden my husband is of the genus Narcissus, which includes daffodils and jonquils and a host of other ornamental flowers. There is, in such a genus of man, a pervasive and well-known pattern of grandiosity and egocentrism that feeds off this very kind of evening, this type of glitzy generosity. People of this ilk are very exciting to be around.?

The young Lucien Gainsbourg is strolling nonchalantly through the streets of Nazi-occupied Paris after having been the first in line to pick up his yellow star at the local town hall. He spies an anti-Semitic propaganda poster picturing a Jew with a gigantic head and monstrous ears and nose. It looks like a caricature of his face. The head comes alive as a huge puppet and chases him until Lucien can tame him with a bit of tomfoolery.

He tries to kill the head, but it continues to follow him as he hides from the Nazis. Eventually the giant head is transformed into the svelte and elegant but also big-eared (and schnozzed) Professor Flipus, who contrasts with the giant head by demanding certain artistic directions for the ultra-creative Lucien.

The big head, reminding Lucien of his despised Jewish identity, still appears when his race endangers his safety, but when the danger is gone Professor Flipus returns to dictate a career change or an abdication of mundane human responsibilities. It’s thus that Lucien constructs his ego defense: by means of a vicarious solidarity with groups (first Jews, then artists) to which he never quite feels he belongs, all to cover a deep-seated insecurity, a fear of being found unworthy.

Serge (born Lucien) Gainsbourg had a career that began in the early ?40s but reached fruition in the ?60s. He was a French pop culture icon who was a painter, poet, songwriter, and actor, and dabbled in wildly disparate musical genres.

In the film version of his life, his encounters with anti-Semitism in Paris while he was still going through puberty helped form the personal and sexual identity that would remain with him all his life. His insecurity drove him to excess and his excess was at once stimulating and destructive to his art.

The film loses points for having so little to say about the inner workings of the creative process, but deserves credit for what it tells about the artistic personality and its pitfalls. The subtitle ?A Heroic Life? is clearly tongue-in-cheek; Gainsbourg comes out looking like a pathetic scallywag with no sense of accountability, no raison d?etre but to continue debasing himself to satisfy his addictions.

Serial adulterers cheat on their partners because they have deep fears about their capacity to satisfy one partner. Those who are themselves unsatisfied in their relationships also cheat, but without the first precondition it takes a lot longer to give oneself permission to stray. Gainsbourg displayed a sense of sexual entitlement that was in fact comprised of a profound sense of unworthiness.

One scene is set in Salvador Dali’s studi. There, a lovely young woman is trying to seduce Gainsbourg, who asks how the painter could so carefully paint such attractive girls in such seductive poses. His friend archly replies, ?He screwed them first.? And so on.

What she doesn’t know is that Gainsbourg doesn’t need to make love to her in order to be able to paint or write about her beauty objectively. His narcissistic sangfroid allows him to examine every detail of her charm as if from a distance. 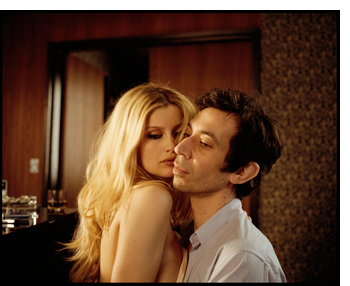 According to writer Thomas Moore, Narcissus is one who doesn’t know himself and who thus changes masks until he can discover his true face. He’s incapable of love and yet is so charismatic that he makes conquests with ease, leaving in his wake a trail of broken hearts. Unlike the pure psychopath, he has a conscience, and so suffers guilt and shame. When he does finally discover who he is, he can give himself permission to die.

I’m often disappointed in the seeming pointlessness of French films, and this one is no exception. However, it manages to be a sumptuous visual feast, full of succulent detail and evocative of a mad era that like it or not defined much of the postmodern aesthetic. The story presents us with a vivid object lesson in the problem of the artistic ego and at the same time an allegory of what went wrong with European culture in the 20th century.

Gainsbourg: A Heroic Life manifests four of the Mindful Bard’s criteria for films well worth seeing: 1) it is authentic, original, and delightful; 2) it provides respite from a sick and cruel world, a respite enabling me to renew myself for a return to mindful artistic endeavour; 3) it is about attainment of the true self; and 4) it makes me appreciate that life is a complex and rare phenomenon, making living a unique opportunity.