Columns
The Voice
The Mindful Bard – The Time That Remains 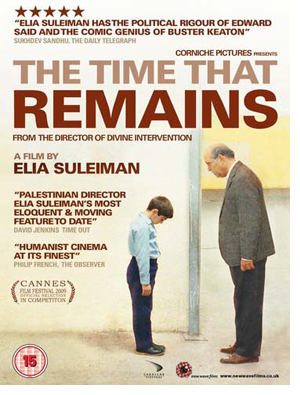 ?Many critics of the Palestinians, especially those in Congress, think the current calm is merely the eye of the storm. That’s why the House of Representatives approved a foreign aid package last week that forbade the direct financial assistance to the Palestinian Authority.?

?Dripping water hollows out stone, not through force but through persistence.?

The Calm and Constant Eye of a Long, Drawn-out Storm

They’ve questioned Fuad the resistance fighter, but without success. The soldiers drag him out to a field with a stone wall and blindfold him. One soldier holds a pistol to his head and orders him to confess, before a count of 10, the location of the makeshift guns he’s built. He then begins to count off in Arabic, but he seems to forget how to say a couple of the numbers, so Fuad helps him out. When they get to 10 the soldier summons a couple of other soldiers to beat the recalcitrant Fuad and toss his limp body over the wall.

Later we see Fuad’s wife sitting in her pristine kitchen and writing a letter to her husband’s sister in France, cheerfully explaining the details of her husband’s health as she reports on the economy, the neighbours, and family life. Regarding her husband, She’s clearly fudging the facts. His chest has almost healed after his surgery, she writes, and the doctor has told him he must really stop smoking.

This is one of those repetitious elements for which director Suleiman is known; again and again Fuad is brought in for questioning, after which his wife composes cheerful letters recounting his recovery.

The oft-bludgeoned Fuad is the father of Elia, the boy we watch grow to manhood in Nazareth during the Arab-Israeli conflict. The Time That Remains is Elia Suleiman’s pseudo-autobiographical narrative, covering the life of his Arab Christian family from the dawn of the State of Israel in 1948 until today. The story is told with an artful subtlety; nothing is spelled out, and we’re left to surmise the march of events and their significance from observing the mundane scenes of everyday life and listening to the cryptic statements of casual conversations and news broadcasts.

It’s the start of the conflict and Fuad has witnessed the hasty departure of the family of Fuad’s inamorata. He has watched them leave, and now he’s furtively watching the ballet enacted by the Israeli soldiers looting their house, one soldier bringing out one household object at a time and twirling it for his comrades? approval before placing in the jeep.

The crisis of territorial dispute, especially one as and lengthy and volatile as the Arab-Israeli dispute over Palestine, is that though both sides have a deep attachment to the land, neither nation can ever feel at home there because the other side is constantly questioning their right to occupy the land as free citizens. The land’s occupants don’t belong there, but neither do they fully belong anywhere else because of their ancestral ties to this plot of earth. The roots they keep trying to put down are always hitting rocks and turning aside, but in the end there is an unflinching and awe-inspiring sense of fraternity.

It is the foyer of the Israeli hospital. Palestinian prisoners are being ushered in and out, escorted by the Israeli police. They greet each other in passing and give their news. A strapping Palestinian lad is cuffed to a welterweight policeman?It’s like watching a toddler trying to walk a Great Dane. The Arab sees his friends sitting on a bench and goes over to greet them and bum a smoke, jerking the officer along with him like a balloon on a string.

This film is in part a loving tribute to Palestinian sang-froid. There is one scene that makes the heart burgeon with delight: An Israeli tank is parked in front of a Palestinian home. A young man emerges from the gate to put out the garbage, and immediately the tank’s gun swings in his direction. The young man completely ignores the gun aimed at his head as he strolls across the street, the gun’s muzzle noisily targeting him from just a few feet away. His cell phone rings and he eagerly answers, launching into an affectionate conversation with a pal, telling him to come check out his new songs and then inviting him to a party. He paces casually back and forth across the street while he talks, the tank presenting a ludicrous, paranoid spectacle as the gun creaks back and forth in response to his every stop and turn.

The Time That Remains manifests nine of the Mindful Bard’s criteria about for films well worth seeing: 1) it is authentic, original, and delightful; 2) it poses and admirably responds to questions that have a direct bearing on my view of existence; 3) it harmoniously unites art with social action, saving me from both seclusion in an ivory tower and slavery to someone else’s political agenda; 4) it provides respite from a sick and cruel world, a respite enabling me to renew myself for a return to mindful artistic endeavour; 5) it inspires an awareness of the sanctity of creation; 6) it displays an engagement with and compassionate response to suffering; 7) it makes me want to be a better artist; 8) it renews my enthusiasm for positive social action; and 9) it makes me appreciate that life is a complex and rare phenomenon, making living a unique opportunity.

Fly on the Wall—Autumn Loneliness Nipping At Your Heels? 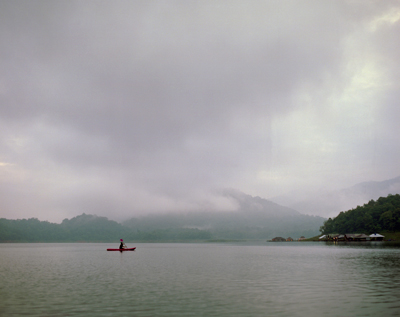