At Home: Park and Cry

Fed up with outrageous city parking fees? Here’s some bad news: As the Calgary Herald reports, Canada’s parking rates are on the rise. If You’re in Calgary, you really have reason to complain, since Calgary’s parking rates are the highest in Canada (and in fact the second-highest in North America).

With minimal space but more and more activity in urban centres, parking is becoming scarcer. As a result, ?Canadian drivers should not expect relief any time soon when pulling into a parking lot in major cities across the country.?

Sounds like another good reason to use public transportation whenever possible.

Around the World: Hog Madness

They say that pigs will eat anything?and when you put food in front of them, they will, for lack of a better term, hog out. Now, it seems, they may even attack live prey.

As CBS News reports, the dentures and some body parts of an Oregon-area farmer were found ?in the hog enclosure . . . but most of his remains had been consumed.? Some of the hogs ?weighed 700 pounds or more,? more than double the typical market hog size.

It is not yet known whether the farmer was deliberately attacked or whether he ?had a medical emergency, such as a heart attack? and then was devoured by the animals. The District Attorney has not yet ruled out foul play. 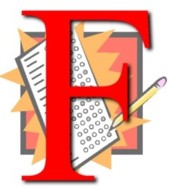