News & Events
The Voice
Click of the Wrist – Playing Dress-Up 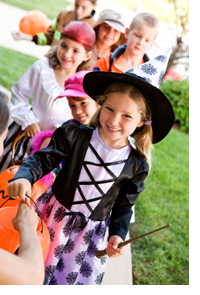 Come Halloween night, the streets will be filled with kids disguised as princesses, superheroes, witches, and zombies. But dress-up isn’t just for October 31! Click through this week’s links for some innovative approaches to costuming.

Wanted: someone to dress up as an owl and help me sleep. That was the gist of an odd ad that appeared in Australia. It was a joke, of course, but the responses were hilarious. The prankster has collected the best of the lot here.

Comic conventions are famous–and sometimes notorious–for their costume-wearing fans. Click through a few of the slideshows for the good, the bad, and the he-really-shouldn’t-be-wearing-that.

Wave at the Bus

How to embarrass your high school-aged son? Dress up in a different costume every day and wave to his bus as it passes your house. As the year progressed, the teens were entertained by 170 different costumes–and the family became a bit of an Internet sensation. The link takes you to a slideshow of the first year’s costumes. Be sure to take a peek at what’s going on this year!

School uniforms? So not for eight-year-old Stella Ehrhart, who created a unique project: to dress like a different historical character or famous person every day of second grade. Read the article to find out how Stella’s passion created learning opportunities for her classmates. There are more photos here.

Porkpie Hat – How You Can (Accidentally) Become an Artist