News & Events
The Voice
Click of the Wrist – Theme Park 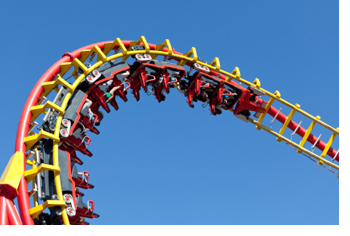 Maybe your favourite amusement park has closed for the season–or, if you prefer warmer destinations, the busy season’s getting into swing. This week’s links investigate a few lesser-known, original, and downright odd theme parks. It’s time to rethink that family vacation!

Napoleon: dictator or saviour? You may be able to decide yourself in a few years, when France’s proposed Napoleonland opens. Besides a museum, reenactments, and other tributes to the French military leader, the park is planned to include a ?ski run through a wintry battlefield, complete with frozen bodies of soldiers and horses.?

Curious about what life was really like for Pip, Oliver Twist, and David Copperfield? Dickens World brings 19th-century England to life in modern times–right down to, as one journalist complained, ?odors of offal and rotting cabbage.?

Forget cartoon characters or historical eras; this theme park is dedicated to toilets. That’s right; the newly-opened Restroom Cultural Center in South Korea, situated in a toilet-shaped building, includes the history of restrooms, toilet memorabilia from around the world, and ?sculpture garden of statues of people in mid-squat.?