If you were soon to be immersed in a world where people in the know spoke a foreign language, would you try to learn it? Not become perfectly fluent, but at least grasp the basics? Well, in a world filled with laptops, tablets, and smart phones, computer code is all around us. And if you want to understand the conversation, Codecademy is a great free resource to get you started.

It might seem that computers and human language couldn’t be more different. But there’s a structure–a syntax–to computer code, one That’s just as logical (if not more so) than the words you already speak and write. In fact, if you’ve spent any time at all tinkering with JavaScript or CSS, you’ll understand the WordPress line that ?code is poetry.?

So why would you need to understand all those indecipherable lines of code that drive everything from this web page to your favourite e-book? You don’t. Not all of it, anyway. But like any stranger in a strange land, you’ll find the trip safer and far more enjoyable if you know the rudiments of how to navigate the streets and buy a cup of coffee.

For instance, Codeacademy has a section called ?HTML and CSS for Beginners.? That’s the stuff that web pages are built out of: the structure (the HTML) and the style instructions (the CSS, or cascading style sheets). Walk through the interactive exercises, like how to build a web-page button, and it will probably make perfect sense the next time you click a button or headline and it takes you to the wrong page. In other words, you might not find yourself getting lost as often?or at least not getting as frustrated when you do.

Most of the Codeacademy lessons focus on the computer languages that run websites: things like HTML, JavaScript, and Python. From a beginner’s standpoint that makes sense, since surfing the web or downloading apps has become such a routine part of our lives.

And It’s not too late to get in on their Code Year. Participants simply sign up with their email address, and a ?new interactive programming lesson? will land in their inbox every Monday. According to the OpenCulture site, even New York Mayor Michael Bloomberg and the White House have signed up for the lessons.

Learning the basics of computer code isn’t about trying to become a pro. That would make about as much sense as spending a week in Rome and applying for a job as a historical tour guide. Like any other complex skill, programming takes years to get good at.

But we’re living in a world where computer code is the language that runs everything from our phones to our smart fridges. And taking the time to understand the basics of that language simply makes sense. 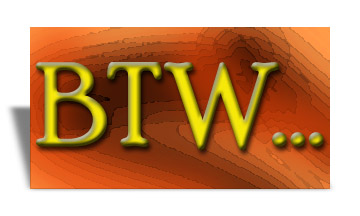