Features
The Voice
Football, Guns, and a Halftime Reality Check 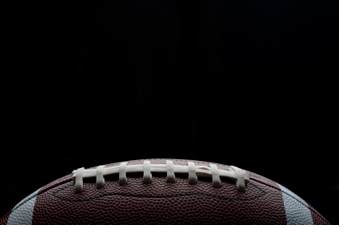 ?How many young people have to die senselessly? How many lives have to be ruined before we realize the right to bear arms doesn’t protect us from a government equipped with stealth bombers, predator drones, tanks and nuclear weapons?

Our current gun culture simply ensures that more and more domestic disputes will end in the ultimate tragedy, and that more convenience store confrontations over loud music coming from a car will leave more teenage boys bloodied and dead.?

Costas went on to say that had Belcher not possessed a gun, both he and Kasandra Perkins, the mother of their three-month old daughter, would be alive today.

At that moment, I grimaced and turned off the television. The last thing I want to think about while I’m relaxing on a Monday night is gun control and another senseless domestic assault. For me, football, crime, and politics should not mix unless the issue, like regulation of performance-enhancing drugs, is germane to the sport. Costas’s rant struck me as an abuse of his invitation into my cozy family room. Like all guests who overstay their welcome, I showed him the door.

And yet his words remained with me. I had heard a lot of outrage in his voice, but somehow it seemed misplaced. Where was the outrage over domestic violence itself? How many more professional athletes must batter and even murder their significant others before Costas would express outrage at the acts? How many more women must suffer before we, as a civilized people, take the issue of domestic violence more seriously?

In homes all over this continent, men are hurting the women they supposedly love. According to a 2006 Harris poll, approximately 33 million, or 15 per cent, of all US adults admit that they have been a victim of domestic violence. Incredibly, 39 per cent of all adults say that they have experienced at least one of the following:

?Called bad names (31%)
Pushing, slapping, choking or hitting (21%)
Public humiliation (19%)
Keeping away from friends or family (13%)
Threatening your family (10%)
Forcing you to have sexual intercourse without consent (9%).?

As tragic as these statistics are, what makes them scarier is that less than half of all domestic violence incidents are likely to be reported to police.

As one commenter wrote on my blog:

?Battered spouses are often blamed instead of given the help they need. I used to call the police ? often ? but when they arrived, even though they saw I was injured or the house was torn apart from his rages, they would tell me I provoked it, I contributed to the argument, and there was no PROOF that it wasn’t I who had thrown and broken things . . . when you are in it, it looks as if there is NO way out.?

How many football players assault their wives, girlfriends, or fiancées? Given the flood of perp walks and news headlines describing an unending cycle of violence, and given the fact that many domestic violence incidents are never reported to the authorities, I suspect the true number could be high. Even if Kasandra Perkins had called the police, would she have received the help she needed? After all, boys are boys, tickets must be sold, and the game must go on.

And that brings me back to Bob Costas and the world we live in. Costas dropped the proverbial football when he went after gun owners. He should have taken the opportunity to speak out against a legal system that all too rarely provides just outcomes to the victims of domestic violence. Now that would have been worthy of a halftime show.