For a while there, it looked as though the traditional but highly flawed publishing system was down for the count. The self-publishing (as opposed to vanity publishing) movement had gained traction, and indie authors were reaching the bestseller lists. But publishers may have found a way to stay in the game after all: by selling dreams instead of books.

For decades, savvy readers and writers (and even many people working at traditional publishers) have known that the publishing emperor wasn’t wearing any clothes. The perception that it was about quality writing, not profit, had worn thin. True, publishers need to make money to stay in business, but their image as exalted gatekeepers of excellence faded as self-publishers began to find success?often with books that had already been rejected by those same agents and editors.

The shift came in large part thanks to services like Smashwords and Kindle Direct Publishing (KDP). They were the missing link for true self-publishers, those individuals or micro presses who handled the cover design, editing, and layout themselves but had no way to get their work in front of readers. With these venues, there are no fees to distribute, and the company doesn’t get paid unless a book sells. A lot of dreck flowed through those gates alongside the good stuff, but at last the barriers to distribution were gone.

The flip side to self-publishing is vanity publishing, a business model that makes money from the writer, not the reader. Whether or not a single book ever gets sold, the vanity publisher has already turned a profit by selling overpriced, often low-quality, services to writers who dream of success.

Now many traditional publishers, the same ones who held themselves up as bastions of quality and scorned vanity publishing, have signed on to peddle dreams.

With falling profits and a steadily rising indie market, It’s no surprise that traditional publishers are looking for new ways to stay afloat. Unfortunately, they’ve chosen a method that will ultimately do them more harm than good: They’ve partnered with Author Solutions, Inc.

If that name means nothing to you, be glad. If you want some brief background, check out this post by Emily Suess. Among the many problems She’s documented are ?non-payment of royalties, . . . predatory and harassing sales calls, excessive markups on review and advertising services, failure to deliver marketing services as promised, telling customers their add-ons will only cost hundreds of dollars and then charging their credit cards thousands of dollars, ignoring customer complaints, shaming and banning customers who go public with their stories, and calling at least one customer a ?fucking asshole.??

So what reputable publishing houses would stoop to collaborate with a company like that? The list is growing, and probably holds some surprises for the average book lover: LifeWay, Thomas Nelson, Harlequin, Hay House, and Writers? Digest. And the latest to sign on? Simon & Schuster.

Like those other trade publishers, Simon & Schuster has tied its ?self-publishing? division (called Archway) to Author Solutions. The S&S publishing packages will cost anywhere from $1,599 to $24,999. That’s right, 25 grand.

And although the collaboration means S&S won’t distance themselves from a profit, they’ve been quick to try putting the Author Solutions name at arm’s length. As The New York Times noted, the operation will have ?no Simon & Schuster personnel involved, and without the Simon & Schuster name attached in any way to the final product.?

Whether you welcome the self-publishing revolution or hold on to a refined image of traditional publishing, one thing’s for sure. Publishing should be about connecting readers with books, not selling overpriced dreams. 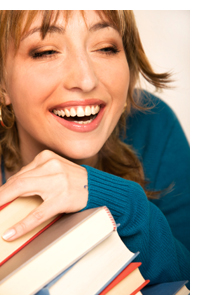