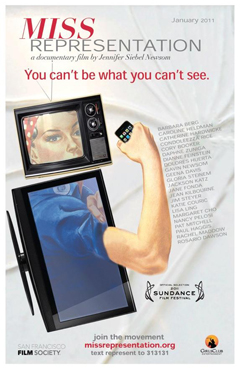 ?Feminism directly confronts the idea that one person or set of people [has] the right to impose definitions of reality on others.?

Several intelligent, sensitive high school girls are talking about what It’s like to grow up in a culture that honours male achievers and female bombshells, a culture in which women are expected to conform to an ideal of beauty and domestic savoir faire that doesn’t exist anywhere in the real world. The girls reflect on how this contributes to low self-esteem, eating disorders, depression, and suicidal thoughts, and ultimately affects their ability to achieve.

But doesn’t the West, and America in particular, have the world’s most progressive attitudes toward women? We hear about this a lot, especially when we’re comparing ourselves to other cultures. Most especially we hear it from men who want us to show more skin and give out more?apparently, this is what makes us ?free.?

The myth of American female freedom prevails in spite of the fact that compared with the rest of the world, the US ranks 90th in terms of female representation in legislatures. Additionally, there is an entertainment industry that portrays women as intellectually limited bimbos.

Often the blindest apologists are Western women themselves. When asked why women are freer here, women almost inevitably answer, ?We get to wear what we want,? as if that were even true. We scream foul when we see a headscarf, even though women who wear the headscarf often do so expressly to avoid the kind of objectification to which we so often fall prey.

The media has played a major role in bringing about the current degeneration of attitudes toward women. After the huge strides made by feminists in the ?60s and ?70s, we’ve hit a slippery slope That’s already led to an increase in violence toward women and a limiting of opportunities.

The rise of conservatism in government would have, but for a few indomitable women, edged out women’s concerns completely. The plight has been rendered the more dolorous by an increasingly dumbed-down news media That’s garnered enough power to influence mainstream attitudes. The fact that It’s mostly men who control the media presents a nightmarish bedtime story.

On television, billboards, the Internet, and the silver screen, we’re presented with digitally enhanced standards of beauty that we might be able to approximate given enough money, free time, and the absence of interest in anything else in life. But if we do achieve flawless beauty, what have we gained? We’ve been told we’ll have power over men and even women because of our incredible desirability, but in fact we’ll have no power at all. And after the age of 40, we might as well just disappear.

If we reject the pursuit of personal beauty and pursue high levels of achievement and power and try to influence culture and society, we’re met with a tremendous amount of opposition and criticism. Witness hecklers yelling, ?Iron my shirt!? at Hillary Clinton during one of her speeches.

Objectifying someone is the first step toward justifying violence, hostility, rejection, and blame, and capitalism is a major cog in the objectification machinery. As Marx quoted a ruthless English factory owner: ?There is much money to be made here, Mr. Marx.? And there is money to be made in degrading and dehumanizing women, in deriding feminists, and in dismissing the concerns of women as trivial.

Those responsible for deregulating the economy and news media were the very ?family values? people who for years bleated that feminists were destroying the family. Huge conglomerates sprang up with no accountability except the bottom line, which meant catering to the lowest common denominator.

Yelling gets more ratings, for example, and so do barely-dressed female news anchors talking about trends and fads. Celebrity news and gossip are now breaking news. We’ve come a long way, baby! In the post-Friedman world, marketing dictates our values while lawmakers are conspicuously absent.

Miss Representation is an extremely thorough documentary, managing to convey the full spectrum of the problem in a simple, engaging way. It’s good to see so many great minds weighing in on the issue, and the fact that so many excellent solutions are proposed is also encouraging. Did I mention that the film is incredibly uplifting? After you watch it you’ll be convinced that, come hell or high water, you can do it.

? We should be telling our own stories in media and the arts.
? We must acknowledge that in our culture, men need spiritual healing; we need to teach our sons not to divide their hearts from their heads.
? We should stop competing and scrutinizing each other and support each other more as colleagues and mentors.
? We must not be afraid to pursue our dreams.
? We need to use our consumer voice. Women have 86 per cent of the buying power in the US–we can use it to express our resistance.
? We need to promote female role models who’ve actually scored something in their lives besides great bodies and rich husbands.
? We can join the movement!

Miss Representation manifests seven of the Mindful Bard’s criteria about for films well worth seeing: 1) it is authentic, original, and delightful; 2) it poses and admirably responds to questions that have a direct bearing on my view of existence; 3) it stimulates my mind; 4) it harmoniously unites art with social action, saving me from both seclusion in an ivory tower and slavery to someone else’s political agenda; 5) it is about attainment of the true self; 6) it displays an engagement with and compassionate response to suffering; 7) it renews my enthusiasm for positive social action. 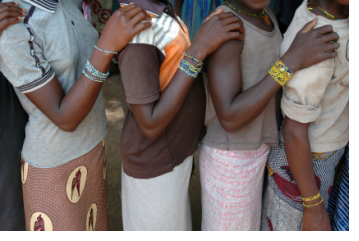