Columns
The Voice
From Where I Sit – I Wasn’t Ready

Five hundred words won’t allow me much time for a backstory, so here’s the scoop. In September, an aide at the local school asked me to come to the classroom as a guest artist. I needed more info about expectations, so I met with the teacher. She was tasked with teaching grades five/six and seven/eight split classes, and art wasn’t her specialty. Would I come in once or for a series of days and teach them something more art than craft? And sooner rather than later.

I believe everything happens for a reason, so I said Yes, if you give me a copy of the curriculum. It would be nice to dust off my skills, give back to the school my kids and Roy and I attended, and see inside a classroom in 2012. I spent time and energy looking through my resources and class plans. My goal was to find something meaningful that could be completed in an hour.

Fast-forward to late December and the second-last day of school before Christmas break. The teacher was in Saskatchewan for a funeral, but there was another regular teacher and a sub for the older kids. The eighth-graders were excused to listen to a DARE presentation in the gym.

My plan was three-pronged. As a warm-up, I would get them to capture, through line quality, what they heard when I played tracks from Vivaldi, Adele, and Gotye. Next, they would practice the discipline of contour drawing and begin to ?see.? Finally, they would make many quick gesture drawings using student models as references. All in all a good mix of learning and fun, I reasoned.

A good stiff drink, relief it was over, and chalking it up to ?kids these days? was my plan to get over it. But what I can’t get over is the fact that the teacher did not address the blatant bullying and insensitivity that occurred. One boy who modelled was overweight. The cruel picture another boy drew of him had the class roaring with laughter. Some of the girls who modelled were teased about how skinny they are. The substitute teacher did nothing. This all happened just days after the Newtown school massacre.

When I asked her privately why she didn’t use this as a teachable moment, she said she was a sub who didn’t have that kind of relationship with the class. I said that school boards and schools claim to have zero tolerance for bullying, yet are shocked when a kid snaps and brings a gun to school. She repeated the sub relationship crap; I said I was old-school and believe it takes a village to raise a child.

All I can say now is this: Heaven help any kid who doesn’t fit in, from where I sit. 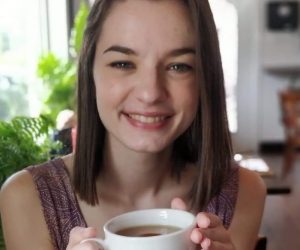 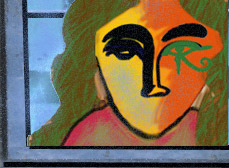