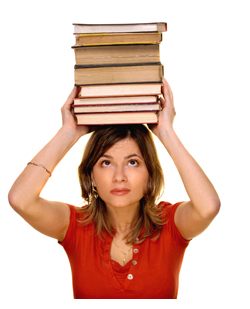 The genesis of Athabasca University isn’t well known to students. For one thing, AU is not named after the town; That’s largely coincidental. AU originated in Edmonton and was named for the University of Alberta’s Athabasca Hall. The word Athabasca is Cree and, when spelled with a K instead of a C, is broadly used to refer to the peoples, languages, and geographical features of the US and Canadian North.

In the early ?80s, AU was either floundering or thriving (I’ve heard many versions of the tale) and northern Alberta was in the midst of an oil boom: in a controversial decision, AU was moved, lock, stock and campus, 100 miles north to the town that shares its name. It is no more the ?University of Athabasca? than Montreal has a ?University of McGill,? but you can forgive the assumption.

At the time of the move, distance education (DE) was already on the menu and selling well. As it happens, the population up north didn’t swell much and DE became the make or break proposition. The first cohort was small: AU executives still tell the story of the first AU convocation, in which only two degrees were awarded and someone goofed up by switching the parchments.

By the early ?90s AU dominated as the largest DE provider in the country, serving students across Canada and in 70 nations. It was the first North American university accredited in both the US and Canada, while AUSU was the first SU in the world (we know of) exclusively serving DE students. Annual growth was staggering: many years exceeded six per cent. I recall a span of a few years in which our membership grew from 23,000 to 35,000! By the glorious late ?90s AU execs aimed for 100,000 students, AU was on top of the North American DE market, and competition was negligible. But while Y2K didn’t bring the cataclysm everyone feared, it works as an ersatz timestamp for a major shift in distance ed.

With the growth of the Internet, DE went from a niche market to the next logical step in delivering education. Students increasingly used the web to locate research materials and word processors to write papers. Email was quickly embraced. Universities began developing courses to be delivered online via interfaces like WebCT. Overseas, the idea really took hold, with major efforts in the UK and Australia driving the market (the Moodle platform was developed in Australia).

Today, most universities are at least dabbling in DE, and the growth is accelerating. Students are increasingly choosing courses à la carte from multiple schools, benefiting from fee-saving options from portals like Canadian Virtual University, Thompson Rivers, and others. A recent discussion with our student council revealed that most of us have taken courses from multiple post-secondary schools.

So where does this leave AU? With more competition, growth is down to under two per cent (That’s a reduction in growth, not attrition!). DE development is surging ahead, and our competitors enjoy luxuries AU doesn’t have: they are smaller (for now), and their courses were developed for online teaching from the get-go, while AU has a massive catalogue (800+ courses) largely developed for print delivery. The transfer to Moodle took years, and most courses need updates to take best advantage of the online format.

It’s hard to guess where AU will rank in a decade, but I suspect students will regularly take courses from multiple schools, building programs from a de facto international university. This bodes very well, or poorly, for AU, depending on how you look at it. What is clear is that so much has to change: Revenue Canada must realize that ?full-time? may mean part-time at multiple schools; providers of health insurance and other services will have to think beyond programs limited to full-time students of a given school; and transferring courses must be faster and easier. If things don’t change, students will fall through the cracks for taking advantage of the wealth of educational opportunities available to them.

I worry that schools and service providers are not adjusting fast enough. Do your school’s career services span the country/globe? Does your health plan apply if you leave the province while studying? How useful is your campus food bank if you are hungry in another city? Maclean’s ranks universities but continues to focus on schools rather than programs, and non-academic features that may ultimately be offered separately from the alma mater (. . . speaking of terms we’ll have to redefine). A typical university IT plan takes one to two years to develop and spans five years, but if you buy into even a modicum of Kurzweil’s theory, such plans are likely to be out of date soon after development and well before they expire.

What is your vision of the future for education? You’ve probably been asked this many times, but what I want to know is this: what scares you? What services and options are you worried about losing? Write us a letter and let us know, at voice@voicemagazine.org.