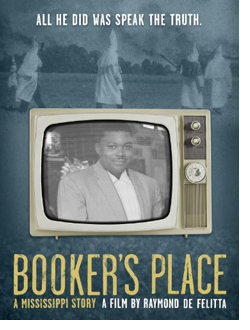 ?I believe that man will not merely endure: he will prevail. He is immortal, not because he alone among creatures has an inexhaustible voice, but because he has a soul, a spirit capable of compassion and sacrifice and endurance.?
. . .
?To understand the world, you must first understand a place like Mississippi.?

They Took My Mom?What More Do I have to Lose?

It’s 1964 and Frank de Felitta is filming a Ku Klux Klan rally in Mississippi. He’s filming for NBC, which back then had just enough integrity to foot the bill for footage about the plight of the southern negro, something the white South considered a sore point because it directly contradicted all the teary claims about how they loved their negroes.

Before de Felitta went south the FBI had given him the number of their secret plant in the town he was visiting, warning that divulging this number would surely mean the man’s death.

Without warning, the audience starts throwing soft objects at the film crew. They start throwing hard objects. When the camera man threatens to high-tail it, Frank calls the number. The man’s wife answers, explaining that the man is in the audience, helping de Felitta and keeping him from danger by heckling and mocking those who are throwing objects.

Frank de Felitta shot a lot of documentary footage in Mississippi that summer, but the most memorable features black waiter Booker Wright giving gentle explanation of the daily humiliations facing him in his job at a whites-only restaurant. The footage was aired a couple of times on the news and seen all across the South.

World War II scarred Frank de Felitta with firsthand sights of concentration camp victims. Instead of burying his shock, he decided to transform it into something that might transform his society and warn against the horrible fruits of cruelty born of greed.

?Every Mississippian talks about how much they loved their blacks,? says Frank, now retired.

In Booker’s Place, we hear moving testimonies from white folks about love for their black ?mothers,? but also from the grown black children from whom these black mothers had been taken.

This oft-avowed ?love? may be deemed deeply hypocritical for two reasons. The first is that black children were often left to fend for themselves while their mothers coddled the white children. (The significance of this loss is a recurring theme in Booker’s Place. In the wake of mother loss, a society can never placidly accept the daily insults of racism.)

The second is that all this avowed love for blacks was just a whitewash for a deep-seated hatred. As much as one might profess to love one’s black Mammy, we all know how easy it is to hate our mothers, especially when they dare suggest that they’re real people with their own agendas and not just placed on God’s earth to cater to our every whim.

It’s still the mid-60s in lynch-happy Greenwood, Mississippi and we’re following Frank’s camera as it documents Old Man Louis visiting the shacks of his tenant farmers. Louis is rude and patronizing to the gentle black families, snarling subtle insults at them as their tortured gazes crucify their polite smiles.

Mack ?Booker? Wright grew up in Greenwood. As a boy he was forced to work in the fields while his mother worked in a distant town. When she came back to get him the plantation,the owners refused to let him go until she brought them money. When she got money from her boss and came back they threatened to whip her: they wanted Booker in the fields, and that was that.

Booker grew up filled with a sense of profound abandonment, not knowing until years later that his mother had tried to so hard to get him back.

?Best Food in the World is Served at Lusco?s?

At the age of 14 Booker got a good job as a waiter at Lusco?s, where he became a superlative waiter, rattling off the entire menu in one breath for customers (there were no written menus), finishing with, ?Best food in the world is served at Lusco?s.?

It was highly unusual for a TV news reporter to gain access to someone like Booker and even more unusual that Booker was willing to have his comments broadcast across the South. Unfortunately, this led to tragic consequences.

The film presents the writer with an important question: If my words will put someone else in danger, should they be voiced? Back then Frank’s decision was yes, but he didn’t know the danger; respecting Booker’s desire to expose the truth, Frank decided to go ahead.

In retrospect, Frank regretted his decision. Booker’s daughter also regretted that her father’s outspoken courage led to his demise. At the same time, She’s grateful for his courage:

?What he did, at the time that he did it, was spectacular.?

After rattling off his waiter spiel for the cameras, Booker quickly explains how to treat white customers, revealing the daily humiliations to which he consented to submit for the good of his family, to give them a life he had never known.

?But remember, you have to keep that smile.?

Booker’s Place manifests eight of the Mindful Bard’s criteria for films well worth seeing: 1) it poses and admirably responds to questions that have a direct bearing on my view of existence; 2) it harmoniously unites art with social action, saving me from both seclusion in an ivory tower and slavery to someone else’s political agenda; 3) it is about attainment of the true self; 4) it inspires an awareness of the sanctity of creation; 5) it displays an engagement with and compassionate response to suffering; 6) it gives me tools of kindness, enabling me to respond with compassion and efficacy to the suffering around me; 7) it renews my enthusiasm for positive social action; and 8) it makes me appreciate that life is a complex and rare phenomenon, making living a unique opportunity.

Booker’s Place: A Mississippi Story is also the subject of a full Dateline NBC broadcast hosted by Lester Holt and scheduled to air May 20, 2012, at 7 p.m.