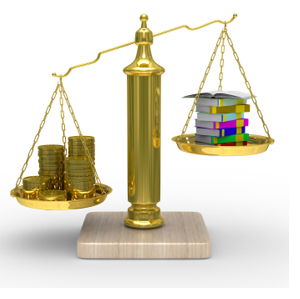 There ain’t no such thing as a free lunch?or, for that matter, a free education.

Clearly, the government of Alberta didn’t take this proverb to heart when it passed its budget earlier this month. Funding to post-secondary educational institutions was not only not increased, it was cut, perhaps in a short-sighted effort to save costs upfront. In the end, that decision may cost us all much more.

Athabasca University president Frits Pannekoek called the government to task in a recent piece in the Calgary Herald. Calling the move ?devastating? to the post-secondary education industry and pointing to AU as an example of a more cost-effective educational model, Pannekoek notes that the province is missing the opportunity to spearhead ?the kind of change that is rocking the post secondary world of learning globally.?

Of course, Pannekoek’s words are a little ironic given the financial controversy That’s unfolded at Athabasca University over the past several months. As the Edmonton Journal noted, claims of ?illegal donations,? ?precarious finances,? and ?annual operating deficits? have created a media circus; at the same time, four senior executives are being dismissed from AU, and Pannekoek himself is retiring this year, earlier than required by his term.

But no allegations of scandal at any university make the provincial budget cutbacks understandable or advisable, because in the end It’s about the students?and not the institutions.

Post-secondary education still remains out of reach for many, and the problem isn’t physical accessibility or a lack of emphasis on the importance of higher education. Rather, finances and time, often intimately connected, are continuing to stifle general access to higher learning.

Things may be slowly changing. The New York Times reported an intriguing new development: In an effort to bolster declining enrollment, several public US universities are partnering with a private organization to create and offer free, accredited MOOCs. The program, called MOOC2Degree, seeks to attract students who might later decide to continue their learning at the institution (whether physically or virtually).

Programs like MOOC2Degree, offering flexibility and free, for-credit learning, are a glimpse of the future and a step in the right direction. But like free lunches, free learning must be underwritten by someone.

Educated citizens are key to the ability of a province or nation to move forward. It may be too late for this year’s budget, but the ministry should take notice: The government needs to start removing barriers to post-secondary learning, not creating them.