Articles
The Voice
Gregor’s Bed – Wayne Shorter, Without a Net 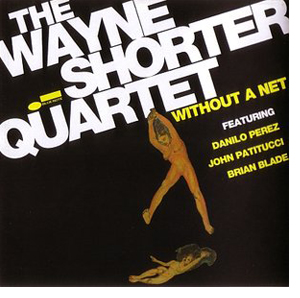 Album: Wayne Shorter, Without a Net

Here’s to Weaving Your Own Net

Robert Frost wrote, ?Writing free verse is like playing tennis with the net down.?

I adore Robert Frost and really don’t think he was ruling out the possibility of eschewing convention and allowing the work of art in question to devise its own rules. In fact he did that himself, classicist though he was, choosing, for example, the use of homely rustic language to express his unusual perspectives in iambic pentameter. And consider how ?The Road Not Taken? implies, among other things, the artist’s naturally pioneering spirit.

In the avant garde, of course, we see a tendency to almost always let the oeuvre make its own rules; this practice is responsible, at least in the best avant garde art, for ushering in the future.

Wayne Shorter has been producing albums for decades, but some people were just born avant garde and with postmodern spoons in their mouths. Everything they do is new and groundbreaking because they look deeper into themselves than most?and are a wee bit braver.

Shorter was born at a time that almost dictated innovation or musical death. This master of jazz innovation, who was called ?Mr. Weird? in high school, first entered the jazz world as a musician in the late ?50s, when the world was at the tail end of its peak of achievement and sophistication and just heading down the slope. His career therefore spanned the years of inevitable decadence.

I don’t mean decadence in an unflattering way; I’m referring to one of those periods in which genres fall from cultural dominance as jazz did, eras during which every element in a genre gets questioned and deconstructed. During times like these we find unusual and fertile partnerships, and some of the very best and most groundbreaking works of art emerge. In Shorter’s case, his peers included none other than John Coltrane and Miles Davis, the giants of free jazz.

Shorter later went on to cofound Weather Report, the pioneering fusion band, but in 1997 he put an end to the high-tech exploration he’d undertaken with Weather Report and went acoustic. In 2001 he put together an acoustic quintet that included all the members of the present band, all of whose work fits the Shorter aesthetic, producing recklessly wondrous music, rich with a thoughtful intensity. After a 43-year hiatus from Blue Note, Shorter returned to the praiseworthy label to make this album.

Without a Net is marked by successions of notes so rapid that they sound like one long note, tone clusters that could be better described as single sounds undulating in pitch, like a cat’s meow or the whistling of the wind at the screen door.

During ?Plaza Real,? Shorter produces an insistently sexy tenor solo. The track returns us to an elegant traditional construction that slowly tests the waters and becomes more experimental, venturing into free jazz waters; it is very Coltrane-esque, grounding everything in easily hummable modes and phrases and then stretching the timid ear to incorporate progressively less contrived sounds.

The 23-minute ?Pegasus? is a stunning example of how modern jazz composers create work in the same area as serious contemporary composers for film. The modal phrase is explored in repetition but with a great deal more innovation in each repetition than one finds in traditionally modal music. Shorter has received a lot of guff for venturing into this stubbornly non-swinging territory?very unfair criticism considering the caliber of music he’s thereby created.

On ?Zero Gravity to the 10th Power,? bassist John Patitucci delivers a juicy bass solo to the minimal accompaniment of Perez’s ?Night in Tunisia?-evocative piano.

In keeping with postmodern jazz, Without a Net embraces what Wynton Marsalis calls ?all of jazz? while managing to be deeply personal and original. There are times when Shorter gives the sax a strange new voice, chattily human. If you had to compare it, you might say the sound is something like Liza Minnelli’s character in Sterile Cuckoo?marginalized, manic, sensitive, unpredictable, uninhibited, intensely original, and profoundly loving. 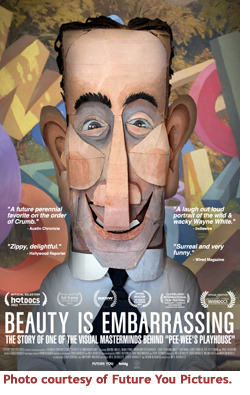 Gregor’s Bed – What is the Avant-Garde and Why Does it Matter? Part II