News & Events
The Voice
International News Desk – At Home: No Boys Allowed – Around the World: Flipping the Bird

At Home: No Boys Allowed

Boys will be boys, the old saying goes, but one fish farmer has had enough of their antics.

As The Toronto Star reports, Jonathan Lucas, a Whitehorse-based fish farmer who breeds Arctic char, has developed a compound which can be applied to Arctic char sperm to reduce the likelihood of male offspring.

Lucas, who has been farming the fish for over a decade, had become increasingly frustrated by ?lustful Arctic char teens who disrupt his breeding pools.? The young male fish spent their time and energy fighting and attempting to attract the interest of females by changing their skin colour to look ?pretty,? Lucas told reporters.

This affected the interior colour of the fish flesh, changing the colour of the male fillets from the typical pink to a pale or white shade. Additionally, the energy put into fighting and colour changing meant that the young males did not grow as big as their female counterparts.

Lucas’s compound, which is naturally derived, ?acts like a magnet by attracting male chromosomes . . . preventing them from swimming and giving a head start to female chromosomes during artificial insemination.?

As a result, the hatchlings are predominantly female, reducing the problem of the ?lustful teenage males.?

Around the World: Flipping the Bird

A mouthy bird, an ex who lives next door with his girlfriend, and a local noise ordinance: Sounds like the stuff of sitcom royalty, but truth is stranger than fiction in this US story.

As the Huffington Post reports, a woman’s pet cockatoo?given to her by her ex-husband??allegedly swore at her ex-husband’s girlfriend, who lived with him next door.?

The girlfriend complained that the bird violated a local noise ordinance that states that ?any dog, animal or fowl that habitually barks, howls or makes noise and disturbs a neighbor may be deemed a public nuisance.? For several months the animosity grew as the girlfriend began a series of complaints to the police ?over noise from the parrot and other offenses.?

Initially the city found the cockatoo’s owner in breach of the ordinance, and levied a fine. The dispute eventually went to court, but when the aggrieved bird owner’s attorney fought back, insisting that ?the noise ordinance was unconstitutional because it was highly subjective and intended for cases of dog-barking,? the City dropped the suit.

News readers and nosy neighbours everywhere are wondering: What did the bird say? 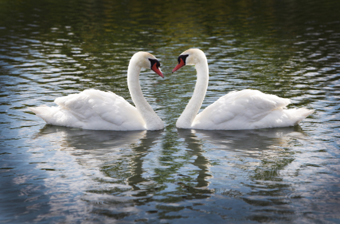 Nature Notes – From the Backyard to the Biosphere. Babes of a Different Colour