By now, we’re used to the scandalous (but fairly routine) ways that public figures fall off their pedestals: drugs, affairs, bribery. But the latest wave of deception involves some of the least likely folks, including the respected primatologist Jane Goodall. From job applications to best-selling books, plagiarism’s becoming a popular way to ruin a career.

When it comes to the practice of stealing words, the federal government doesn’t mince their own; they call it fraud, plain and simple. Which shouldn’t have come as a surprise to the nearly 60 federal bureaucrats who were busted for it.

In 2010, some plum IT jobs opened up. The pool of federal employees that applied had to write an exam, one ?they had hoped would earn them promotions,? as The Globe and Mail reported. Even though it should have been common sense, they were clearly warned not to cut and paste any of their answers from the Internet. Not only did almost 60 of them do just that, but one of the cheaters ?lifted an Internet passage several hundred words long? and pasted it in.

The real shocker? He actually had the gall to challenge his employer’s reprimand in court. As the Globe reported, ??in his mind he was not plagiarizing? because he had overlooked the admonition against cutting and pasting.?

It’s not just job applicants who blow it by stealing others? words. Some people jeopardize the positions of authority they’ve already reached. Like the leader of the Toronto District School Board, Chris Spence, who in January of this year faced calls for his resignation after he plagiarized parts of an article he wrote. The piece appeared in The Toronto Star, and included writing lifted from The New York Times. A Globe and Mail article notes that the work Spence published as his own included ?no less than five instances in which he failed to credit sources.?

Another recent case involved Dongqing Li, a professor at the University of Waterloo, and one of his PhD students. Both were accused in 2012 of stealing the research of a professor at MIT, and Li was found guilty this January.

But the most confounding case has to be that of Dame Jane Goodall, perhaps the most widely known and respected primatologist today. Since 1960, Goodall has tirelessly explored the fascinating world of wild chimpanzees. She’s captivated the public with her stories and photos, founded the global non-profit Jane Goodall Institute, and become a United Nations Messenger of Peace.

Her credibility is golden. So why on earth would anyone jeopardize that reputation by plagiarizing? As The Daily Beast reports, the list of plagiarized passages goes well beyond those first noticed by a reviewer at The Washington Post. But perhaps more disturbing are the quotes that Goodall claims came directly from interviews she did. In one case, the quote ?appears to have been lifted from the website of [the interviewee’s] employer.? And the supposed interview subject doesn’t remember speaking to Goodall at all.

Most alarming of all, though, is that Goodall’s defense appears to echo that of the federal job seeker above?the one who just happened to overlook the instructions not to cheat. In the first page of its article on Goodall, The Daily Beast notes that she issued a statement saying the copying was ?unintentional.?

Now That’s the wildest one I’ve heard in a long time. 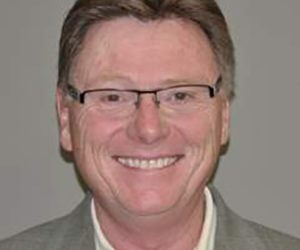 An Interview with the AUGSA Executive Director