News & Events
The Voice
International News Desk – At Home: Take to the Streets – Around the World: Kidnapper for Hire

At Home: Take to the Streets

If You’re in Montreal and you’ve got a hankering for street vendor hot dogs, You’re out of luck?until this summer, that is. The city, which has banned street food for decades, is changing its strict regulations this coming June.

As The Globe and Mail reports, in 1947 the city of Montreal instituted a ban on food carts because they ?were seen as a threat to hygiene and scourge to public order.? Later, advocacy from the restaurant business helped keep the unique regulations in place.

All That’s about to change, though, with regulations shifting to allow street food ?on a trial basis? beginning in early June. But the city will still strictly regulate the trade: Just ten sites will be allowed to host food trucks, and ?[candidates] will be selected by a city committee, must be offshoots of existing caterers or restaurants, and do most of their food preparation off-site.? The latter provisions have appeased restaurant owners, and a representative from the Quebec association of restaurateurs told reporters that they ?can live with the pilot project.?

So what will you find on the Montreal streets come June? Officials are hoping that it’ll be a step up from the usual junk food street fare. The mayor told reporters that he wants visitors to know that even when they buy food from a truck, they’ll be eating ?something special, something they can’t get anywhere else.?

Around the World: Kidnapper for Hire

Bored with the usual vacation thrills? Zip-lining, parasailing, and cliff-climbing not doing it for you anymore? Think outside the box?way, way outside the box?and hire a personal kidnapper.

As ClickonDetroit.com reports, a Michigan-based company offers the ultimate in extreme tourism to clients who want to experience being kidnapped in Metro Detroit.

While the company’s been operating for a decade, It’s only recently that kidnapping has developed into ?a big attraction around the world.?

Clients make arrangements with the company, which operates in the Detroit area only and offers thrill seekers the ?adrenaline rush of getting snatched anywhere in Metro Detroit at any time.?

The experience is highly customizable, with prices ranging from $500 for a basic kidnapping job, ?where you are taken to a secret location and roughed up a bit,? to higher-end packages, which include overnight stays and customized torture.

Police say the concept ?is a bad idea and it could be dangerous.?

The Travelling Student – A Night in Montreal 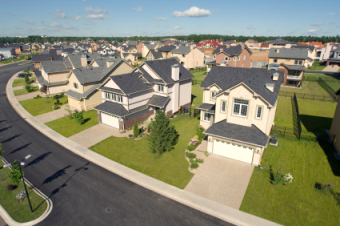 International News Desk – At Home And In Foreign News