Columns
The Voice
Write Stuff – A Silence That Isn’t Golden

History, as the saying goes, is written by the victors. Most often That’s meant wealthy men, simply because women, children, and the poor were either illiterate or not allowed access to the materials or outlets to have their voices heard. But all That’s changed, right? don’t women writers now work on a level playing field, their voices given equal treatment? Not even close, as a look at the latest VIDA count shows.

VIDA is a grassroots organization with a mission to ?explore critical and cultural perceptions of writing by women through meaningful conversation and the exchange of ideas among existing and emerging literary communities.? In other words, how does our society treat female writers? Does their work carry as much weight, as much importance, as that of their male peers?

Sure, there are plenty of successful women writers, but the game isn’t about rhyming off a list of the first names that pop into your head. It’s easy to come up with a handful of big-name writers of either sex. It’s not even about the inherently ridiculous argument of which sex is the ?better? writer (in such a subjective field of endeavour, not even that clever fellow Solomon would be up to the task).

The question is, do women writers automatically get the same respect and attention as men? Forget about judging worth. Do we even pay as much attention to their voices? If you think the answer is yes, you might want to check out these numbers.

Each year, VIDA looks at well-known newspapers, journals, and magazines and puts together a count. They track, by sex, things like the number of authors reviewed, number of pieces published, and the number of reviewers. The results are discouraging.

A case in point is The New York Review of Books. It’s a ?biweekly book review and journal of intellectual currents,? according to its web blurb. In 2010, it reviewed 306 books by male writers?and 59 by female writers. In 2012 the numbers were only slightly better: 316 books by males, 89 by females. The disparity is, perhaps, not so surprising when you look at the ratio of NYRB reviewers themselves. In 2012, 215 book reviews were written by males. Only 40 were written by women.

Some publications, such as Granta, fare much better. But overall, the amount of coverage given to male writers heavily outweighs that given to females. Even after VIDA began publishing its counts several years ago, the numbers have shifted only marginally.

And the antiquated sexism isn’t limited to the literary establishment?Wikipedia editors are at it too. They’ve recently started culling names from the American Novelists page. The men can stay, but major female voices like Harper Lee are being bumped and put in a subcategory: American Women Novelists. The excuse is that the original page was getting too long. So why not bump the men into a subcategory and leave the women? Or better yet, split the main page by eras (19th century, 20th century) or take everyone off the main list and divide it into men’s and women’s?

We’ve come a long way in the fight for basic human rights, including those of women. Let’s just hope this current state of affairs isn’t the final chapter. 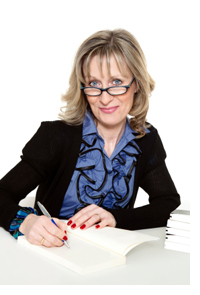 The Current State of the Woman’s Pen