Mario Rusca is an Italian jazz pianist and composer who’s shared stage and studio with a host of jazz greats, including Gerry Mulligan, Chet Baker, Al Gray, Tony Scott, Art Farmer, Toots Thielemans, Stan Getz, Lee Konitz, and Woody Shaw. (Be sure to read the Voice review of his recent album, Joyette.) He’s also produced some amazing performances from the classical repertoire. Recently Rusca took the time to answer Wanda Waterman’s questions about his life, his influences, and how negative emotions can make him play better piano.

?Anxiety is the dizziness of freedom.?

The pattern of Mario Rusca’s life is one of light and shade, of simple joys followed by tragedy, of joyful music-making fuelled by dark emotions.

?As children we’re always happy,? he says, ?playing with friends and discovering new things. I was very curious about everything, and quite lively?maybe a little too lively?and I liked to be the boss! I didn’t study music, but I had already formed a ?trio? of inseparable friends. This formed the pattern of my later life; my preferences are and have always been the jazz trio formation!?

Rusca remembers being very happy in his early years, at least until a dark cloud passed overhead and changed everything. ?For a few years we had war in Italy, so during those years there was little to be happy about. Fortunately, that time is past.?

In Turin, where he was born, he played sports, showing some promise as a soccer player until a fascination with music pulled him in another direction. He first encountered jazz at the house of a buddy, who played him Dizzy Gillespie and Charlie Parker records. It was the Bengt Ahlberg Trio that really caught his attention and compelled him to try to imitate the piano player by copying some of his solos.

Who’s been inspiring him since? Rusca’s been lucky enough to have actually played with some of his jazz idols: ?The musicians who’ve given me a lot were Gerry Mulligan, Chet Baker, Stan Getz, and my friend, the wonderful clarinettist Tony Scott, with whom I worked for many years.?

Rusca is the kind of musician for whom the show must always go on, and he’s had some unique opportunities to troubleshoot. He was once asked to play at a grand gala at a circus, surrounded by important people as well as by lions and tigers. A misunderstanding with the manager meant that no piano had been made available. Undaunted, Rusca agreed to play a small toy keyboard provided to him at the last second.

?I’d become a clown pianist. Of course I took the opportunity to play even more,? he laughs. ?It was an unforgettable evening.?

For Rusca, music is not just an enjoyable pastime but a way of managing the vicissitudes of passionate feeling, and these emotions in turn enhance the artistic integrity of his work.

?I’m more creative when I’m angry and nervous,? he admits. ?This forces me to concentrate on the music in order to make myself feel good again.?

?I was very influenced by films like The Benny Goodman Story, and Chimeras, an exceptional film in which Kirk Douglas plays a trumpet player.

?I’ve been working hard lately to develop Mendelssohn’s classic songs, as well as music by Chopin, Ravel, Granados, and Mozart. I’m also working on a disc with an exceptional trumpet player?John Falzone. He’s going to tackle some songs from ?Well-Tempered Clavier? by developing these great compositions in a jazz style.? 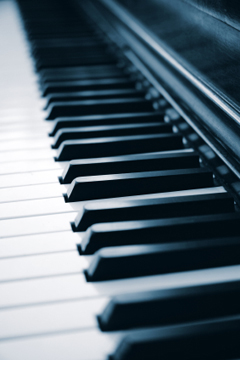 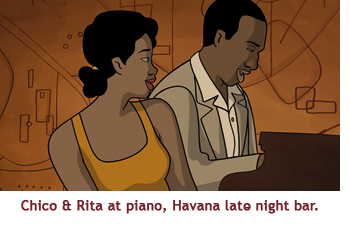