Columns
The Voice
The Mindful Bard – The Boxing Girls of Kabul 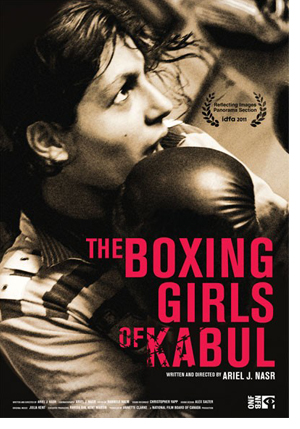 Film: The Boxing Girls of Kabul

Producer: Annette Clarke for the National Film Board of Canada

The Afghan girls train in a compound where women were once publicly flogged, stoned, and hung; now, their fancy footwork and left hooks have become a means of redeeming the travesty of injustice that haunts the space.

Champions tend to come from whichever group happens to be the most oppressed at the moment; and from social classes who can’t afford the luxury of snubbing fistfights as a way to cope with an absence of justice in their environment. As one climbs the social ladder and self-defense becomes less necessary, boxing seems less glamorous and more low-class, nasty, and brutish. As one continues to climb, somehow the point is lost that It’s all about the struggle against chaos.

The Boxing Girls of Kabul is a careful study of the conditions necessary for success and empowerment in a grossly unfair world. Despite the appeal of hero stories, in our gut we know that pulling ourselves up by the bootstraps can be physically impossible, and that those who overcome great obstacles have generally met with either extraordinary luck or with someone in a superior position willing to help them up. Yes, positive thinking has power, but this power is contingent on a minimum of adequate conditions.

White-knuckled determination seems to be an important component for succeeding at something difficult, and this is one thing these girls don’t lack. Not only do they wish to box as a sport, they want to go to the top and they want to win every fight. They devote their entire lives to this goal and avail themselves of every meagre resource available. they’re bitterly disappointed if they don’t win.

So which conditions were lacking in the case of this extraordinary group of girls and their highly commendable coach?

Without the right logistics, the troops perish before they reach the battlefield. In this case, the coach, an amazing former Olympic boxer with the patience of Job and a formidable commitment to women’s rights, nonetheless lacks the material resources essential for giving these athletes a world-class preparation for the Olympics.

One factor that can make or break you is fear for your own survival. Having nothing to lose and being in danger of dying if you don’t succeed can be a powerful impetus. But knowing that pursuing a goal can have you killed gives you just enough hesitancy to jeopardize your momentum.

As the girls on the Kabul boxing team walk to school or to the gym, members of the Taliban threaten them with kidnapping and death. In their communities, Islamists who believe that women and girls should not leave their homes, get educated, or participate in sports scold them every day. The girls? brothers hide the fact that their sisters are Olympic contenders?if their buddies knew, they would tease them mercilessly.

The Encouragement of a Supportive Social Network

If you know that someone in your circle is rooting for you, It’s easy to ignore the naysayers. But aside from a few beams of light (one father, for example, who tells his daughter she can do whatever a boy can do), the boxers are surrounded by family members telling them they’re doing the wrong thing. When they shop for clothes for their trip, they tell a shopkeeper they’re going to the Olympics; to which he replies, ?You won’t win.? One girl retorts with a brave smile, ?We will win! And when we tell them we bought these blouses at your shop, you’ll get more business!? But the damage is done.

Even the girls themselves never waste an opportunity to scold each other for mistakes. Given their context, we shouldn’t be surprised; how can they be supportive of each other within a society that doesn’t support them, that actively threatens and oppresses them?

This last condition may actually be the most vital. Female solidarity is a central factor in female empowerment, as was learned in the slow shift from early to postmodern feminism, which recognizes multiple oppressions for women who are also members of marginalized groups.

The mother of one of the girls remarks that sometimes girls go into sports because they don’t want to marry, and thus boxing becomes a kind of surrogate husband. “Some men beat their wives,” she jokes, “so why not make a career of it?” It’s a grim reminder that what Afghan women and girls face on the streets of Kabul is endemic to the North American home. We really are all in this together.

The Boxing Girls of Kabul manifests six of the Mindful Bard’s criteria for films well worth seeing: 1) it poses and admirably responds to questions that have a direct bearing on my view of existence; 2) It’s about attainment of the true self; 3) it inspires an awareness of the sanctity of creation; 4) it displays an engagement with and compassionate response to suffering; 5) it renews my enthusiasm for positive social action; and 6) it makes me appreciate that life is a complex and rare phenomenon, making living a unique opportunity. 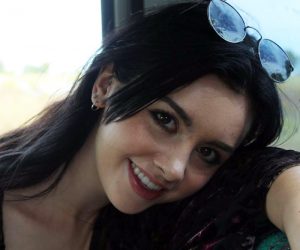