Features
The Voice
Editorial – Behind the Mask 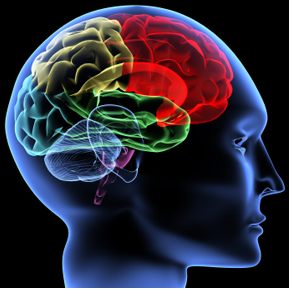 If you’ve been on social media at all in the last week, you’ve probably heard about a shocking letter received by the Ontario mom of a teen with autism. Briefly, the letter berated the parents for the child’s existence, suggested he had no place in a decent and ?normal? neighbourhood, and not-so-subtly recommended he be ?euthanized.?

Wow. That was the reaction of bloggers, columnists, and ordinary people cycling through their News Feeds. We couldn’t believe it, just couldn’t believe that anyone could spew such hateful speech toward a child, let alone toward anyone who couldn’t help his actions.

But should we really be surprised? Not that people can be hateful, certainly?we see that all the time on online forums?but nor should it shock us that someone would feel antipathy toward someone who’s developmentally or psychologically different.

The thing is, we’re not so innocent ourselves. And though we may turn our horror toward the writer of such a hateful letter, our disgust is better aimed straight back at ourselves, our society.

While in recent years there have been some great breakthroughs in fiction, nonfiction, documentaries, and other media raising awareness of developmental and psychological disorders, society doesn’t really know how to handle those whose brains don’t work the way we all expect.

Look around. As one reader of the Kingston Whig-Standard pointed out, Ontario has ?shameful wait-lists? for services for people with special needs, and schools and organizations are slow to accept and embrace those who don’t fit in with the standards. In her words, ?Ontario is in no position to behave as though only one mean-spirited homeowner is the problem when, as a society, we are failing so many families every day, sending the message that their loved one with developmental disabilities should stay home, out of sight, out of mind.?

She’s got it absolutely right, and the problem isn’t just limited to talking about developmental disorders like autism. What about the big elephant in the living room, mental illness? Bipolarity, anxiety, depression?all illnesses that affect every aspect of a person’s life, from physical to emotional to social to even professional. Our laws do little to protect the interests of those with developmental or mental issues, but we as individuals do even less.

This Atlantic piece, by a professional who struggles with a bipolar/ADHD diagnosis, is heartbreaking in its truth. The writer is terrified at the thought of going public with the reality of mental illness, to the point where only a few close friends are aware of the writer’s bipolar disorder diagnosis. Work and social life must be twisted to carefully hide the truth in a desperate game That’s as painful as it is unnecessary.

Because we’re the ones who’ve created the closet in which people with mental issues feel forced to hide. we’re all a little ADHD. He has a split personality, like a pyscho or something. She’s manic. We throw around real psychiatric diagnoses as hyperbolic descriptions or even epithets, discrediting the reality of mental disorders as some kind of humorous fantasy. And worse, when we’re faced with someone with real mental illness, their inability to just get with the program frustrates and annoys us. Why the hell won’t she just eat a sandwich? You need to just calm down, relax, learn to cope. What is he so worried about all the time? That’s irrational. Normal people don’t act like that.

There are mental disorders and development disorders, and then there are disorders of the soul. And It’s the latter which is keeping thousands of people hidden, alone, and desperate.

The Fit Student – No Competition