Columns
The Voice
From Where I Sit – Secrets

In the midst of an already insane summer, we will be taking one weekend off to celebrate. On Sunday we’ll gather for Grady’s fourth birthday party. Since I’m pretty sure he can’t read yet, I’ll let you in on the secret of what he’s getting from us. Number one is the Transformers Bots and Robbers Police Headquarters set, because he’s obsessed with the robots. Easy. Then I decided he needed a croquet set. Rationale: he’s a boy who loves balls and sticks and has a huge yard. Genius. Third, we’re springing $65 for a pair of cowboy boots. This one’s a bit iffy. Not sure It’s the wisest thing to buy a city boy whose feet are still growing and whose parents disapprove. This is a kid who’s grown up in Nikes and Pumas.

But he’s wanted cowboy boots ever since he saw little Emilie in hers. Mind you, she has miniature horses and a wagon for giving people rides, so She’s legit. But I questioned Grady, and he wants boots. So what self-respecting Nana would say no? Not this one.

That’s Sunday. Saturday is a whole other thing. It’s the kids? attempt to mark our 40th wedding anniversary. Did I ever tell you I was a child bride?

I tried to talk Hilary out of a party, but she insists we just need to show up. I think That’s why Greg has been doing some landscaping and experimenting with more exotic barbequing. They also bought furniture for their new deck, and we delivered a fire pit from Carrie’s place.

On the guest list are friends and family and some people from our bridal party?no, they’re not all dead or in nursing homes. It’s funny how couples select their attendants, the friends du jour. Some of them we haven’t seen since the wedding. Close, huh? Lives drift apart; others fill the void.

I intend to take our wedding album to the party, if for no reason other than comic relief. Roy’s platform shoes, my Vari-grey glasses that look like I’m in shades, and the funny hair and mustache?his, not mine. My sister still has her bridesmaid’s dress from August 11, 1973, and She’s bringing it. I disassembled my custom-made gown years ago when I wanted to salvage the hand-appliqued lace. don’t think I actually did anything with it, but it seemed like a good idea at the time.

We don’t especially like being in the spotlight, but this should be fun. Lies will be told, memories taxed, and stories repeated for the hard-of-hearing. we’ll look around and be grateful to those who left their lives for a few hours to mark this occasion. We will be justifiably proud in our biggest accomplishment?raising two wonderful kids?because all else pales in comparison when you get that right. Hopefully no one will ask the reason for our success. That’s one secret I’m keeping, from where I sit. 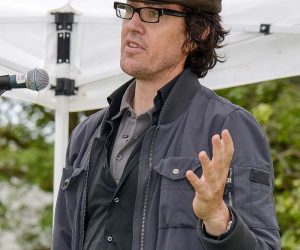