Articles
The Voice
In Conversation – Billy Martin, Part I

A Singular Devotion to Liberated Means of Expression

?Whether It’s music or films or my drawings, I take the same approach: I improvise. I do have conceptual ideas I try to realize, but I think the best stuff comes out of improvisation. It comes from the same place, the same creative part of myself in the moment.?

Billy Martin about is a percussionist, filmmaker, music producer, composer, sculptor, and carpenter and is part of the groundbreaking jazz trio Martin, Medeski & Wood. His latest musical production (due out in September) is The Road to Jajouka, a remix tribute to Morocco’s Master Musicians of Jajouka (see the Voice review here).

The Road to Jajouka is a benefit album intended to preserve Jajouka music by granting essential needs to the Jajouka community, a poor village That’s now shrinking as the young forego the musical traditions of their ancestors to seek better livelihoods elsewhere.

?they’re in kind of a remote region,? says Martin. ?It’s a rural village tucked away in the Atlas Mountains. It’s close to Tangier, but not that close. The music is unique but at the same time it intersects with so many other things in the region. The music is all connected in some way.?

Billy produced the album, which features recorded tracks by the Master Musicians of Jajouka working with Western musicians (including Ornette Coleman, Flea, and the London Philharmonic), and he also contributed a number of percussion tracks to it.

He was handed the project because of his expertise with remix albums and his musical prowess; he didn’t start out with any kind of scholarly background in Jajouka music. ?I’m just like an infant when it comes to the Jajouka world,? Martin admits. ?But I’ve learned a lot just by listening and reading. I’ve been interested in the Master Musicians of Jajouka all of my life because of their association with Ornette Coleman, and I keep coming across the group in a lot of world music studies I’ve done on my own. But I wasn’t really aware of what they were about until the last few years, when I started getting deeper into their music.?

What Is It About Jajouka Music?

?This music is part of a healing ritual,? says Billy. ?It’s a music whose purpose is to cure and transcend. In a sense all music can help you transcend, but this music has a little more spiritual significance without being religious. What also makes it unique is its instrumentation, tonalities, rhythms, and melodies, which make it very different even from other Moroccan musical genres.?

?They wanted a remix album and I had experience with taking tracks from other sources, editing, adding parts, breaking them down. I did that with this album and then had guest musicians play along with it.

?I’ve studied a lot of African music and Brazilian music, so I wanted to combine the essential elements of who we are and who they are and make it work, but not homogenize it?rather to bring it to a higher level.

?I’m proud of it,? he says. ?Everybody did a great job and nobody hesitated to give his or her time and effort to it. Everybody that I talked to wanted to be involved. A lot of them were very familiar with Jajouka already, so they were honoured to be included.?

The Power of Unguarded Expression

Billy applies the same principle to all his endeavours?removing obstacles to creativity by lessening control and courting chance while striving for authentic expression.

??Less guarded? means I’m not conceptually planning out the result of something. It’s improvising. I’ve come to the realization that this is the most powerful form of expression for me. I go about it in this way for most of my work, whether it be music, visual, art, etc., with no idea of the outcome.?

To be concluded next week. 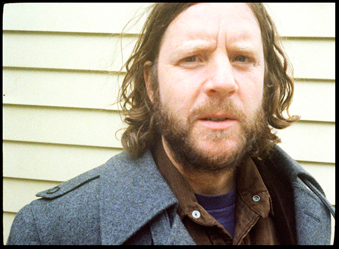 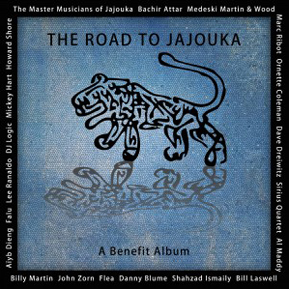 Maghreb Voices – The Road to Jajouka