Columns
The Voice
Primal Numbers – The Key to Your Heart?and Laptop 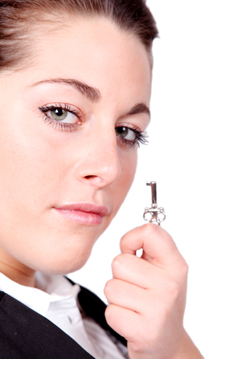 It seems like yesterday that the coolest new digital thing was the ability to unlock your laptop by using your fingerprint. But if you haven’t upgraded to a thumb scanner yet, don’t worry. There’s an even more amazing part of your anatomy you can use to navigate the digital world. It’s your heartbeat, and a Canadian company has big plans for it.

Apparently, scientists have known since the 1960s that each person’s heartbeat is as unique as their fingerprints. As The Telegraph reports, your one-of-a-kind heartbeat is affected by ?heart shape, size, and position in the chest.? And unlike your fingerprints, which can be ?reproduced with jelly or recovered from surfaces,? your heartbeat is virtually impossible to replicate.

Interesting, but how can that knowledge be put to practical use in our daily lives? Just ask developers at the Canadian firm Bionym, creators of the Nymi wristband.

The Nymi looks a little like a slim watchband, except there’s a sleek silver sensor where a watch face would normally be. That sensor is where the magic happens. As the Bionym website says, the Nymi powers on as soon as you close it around your wrist. Then, ?by placing a finger on the topside sensor while your wrist is in contact with the bottom sensor, you complete an electrical circuit.?

Once your Nymi has verified your identity through your unique heartbeat, you stay authenticated until you take the gadget off.

From there, the possibilities are astounding. Authorize your car, your smart phone, your home security system, your computer, and even your game console. Instead of prompting you for passwords, your devices will recognize and instantly authenticate your identity through the Nymi.

It has a motion sensor and proximity sensor built in as well, meaning that, among other gesture-based tasks, you can turn your wrist to send your car a signal that you want to open the trunk. With such an accurate and secure form of authentication, It’s even possible that the Nymi could replace the PIN on your credit and debit cards.

There are potential drawbacks, of course. What happens if the battery dies and you can’t remember any of your passwords? If the connection between the device and, say, your car malfunctions, will you still be able to open your car using an old-fashioned key? And what if someone’s in a high-stress situation?like running to catch a cab for a high-stakes meeting?and their heartbeat alters enough that a Nymi won’t unlock their smart phone so they can call to say they’re running late?

In a true emergency it wouldn’t be an issue, since emergency calls can be made whether a phone is unlocked or not. But It’s something to think about if your day involves lots of caffeine and stressful deadlines.

In spite of those what-ifs, though, It’s an incredible advance in technology that could change the way we live, play, and work in the very near future. Who knows?within the next generation, the term ?password? could become as obsolete as a skeleton key.

International News Desk – At Home: Video Medicine – Around the World: The Ears Have It