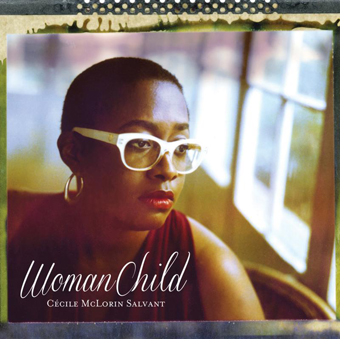 ?You can’t copy anybody and end with anything. If you copy, it means You’re working without any real feeling.?

The Finest Female Jazz Singer Out There Right Now, Bar None

What if you were to discover a singer born with an amazingly mellifluous voice, who later trained her pipes under Lena, Lady, and Ella and then used a refined and culturally informed sensibility to create an expansive, inclusive repertoire that surprises and delights the ear with every phrase? Such a singer couldn’t quite exist without a time machine, but she would bear a strong resemblance to Cécile McLorin Salvant.

Cécile McLorin Salvant is a rare anomaly?a classically trained musician who had no problem picking up jazz and running with it to its highest echelons. Most classical musicians will tell you this is nearly impossible.

And even though she grew up in the land that originally spawned jazz, it was in France, a country that tends to take the genre more seriously than does the US, that she made the switch from classical to jazz. Luckily her French mother and Haitian father uniquely qualify her to sing in French, which she does in a gorgeously lusty accent.

Part of an interpreter’s genius is picking the right songs to create almost an autobiography, a way of expressing the true self. Salvant’s songbook surveys all of jazz but picks lesser-known standards and sums up the black experience, urban and rural?from ?John Henry? to ?St. Louis Gal? to the avant garde treatment she gives the title track.

The Mindful Bard has one criterion for distinguishing great singers from good ones: great singers don’t just sing the notes, they sing the words as if they mean them from the bottom of their souls. Salvant moves effortlessly among chest, throat, and head voice, improvising with the tune rather than scatting, and performing vocal experiments as well as bringing it some operative techniques. She also easily incorporates talking into the sung phrases?which is harder than it looks.

She exhibits an intense discipline but comes across as completely natural. It’s like watching Katharine Hepburn’s best work; you forget She’s acting. Likewise, Salvant concentrates on using discipline to facilitate a generous outpouring of creative expression.

Cécile McLorin Salvant has wisely chosen minimal accompaniment; her instrument’s warmth needs no more and its formidable presence brooks no excess.
Woman Child manifests four of the Mindful Bard’s criteria for music well worth a listen: 1) it is authentic, original, and delightful; 2) it provides respite from a sick and cruel world, a respite enabling me to renew myself for a return to mindful artistic endeavour; 3) it makes me want to be a better artist; and 4) it makes me appreciate that life is a complex and rare phenomenon, making living a unique opportunity.