Solar cell technology has always been seen as the pot of gold at the end of the green energy rainbow, but thus far it has remained costly, inefficient, and difficult to use. Recent research from the University of Alberta, however, could be ushering in a new era of environmentally friendly power.

As the CBC reports, ?[silicon]-free solar cells, light and flexible enough to roll up or use as window blinds, are under development.?

These cells are ?made using . . . microscopic particles just 30 to 40 atoms across,? which means ultimate flexibility. A professor at the University of Alberta?and a senior researcher at the National Institute of Technology?explained to reporters that these nanoparticles can be ?[turned] . . . into inks or paints that you can spray coat onto plastics.?

This mean that the solar cells ?can be made extremely light and flexible compared to conventional silicon solar cells.?

Additionally, unlike silicon solar cells, which use so much energy that ?it takes three to six years for the resulting solar cell to generate the amount of power used to manufacture it in the first place,? the new technology requires much less energy in its manufacturing process. The University of Alberta professor told reporters that the cells could be ?made in a standard, bubbling pot glassware set up in the lab ? the traditional image of chemistry.?

Who stole the cookies from the cookie jar? In a bizarre turn of events, former NFL star OJ Simpson has been busted for just that.

As canoe.ca reports, Simpson, who’s currently serving time for a 2007 holdup, ?has been reprimanded for trying to steal more than a dozen oatmeal cookies.?

Simpson, who weighs around 300 pounds and ?has high blood pressure,? apparently ?broke Nevada’s Lovelock Correctional Center’s rules when attempting to take the cookies.? Eating the cookies would have violated his doctor’s orders.

Although he was caught before consuming the cookies?and ?let off with a warning??he ?suffered from the humiliation he faced when left to face other inmates.?

International News Desk – At Home: Let There Be Light – Around the World: Hand That Rocks the Cradle 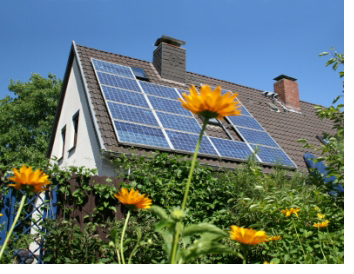