?I’m going to get my blessings, because I always have faith.?

One of the most moving music videos ever made is of homeless Englishman Gavin Bryars singing ?Jesus? Blood Never Failed Me Yet.? There’s just something about optimism and gratitude under the worst possible circumstances that stirs our hearts and prods us toward a deeper awareness of humanity.

But awareness doesn’t create change as effectively as does seeing the problem from the inside. For example, when the Society of Friends, better known as the Quakers, made prison reform part of their long-term social agenda, it wasn’t from an altruistic urge that came from nowhere. The Friends themselves had been imprisoned so often for having failed to doff their hats to nobility that they were keenly aware of the deep injustices afflicting prisoners. Once released, they worked tirelessly for change.

As you can imagine, responses to their plight are widely disparate. We see one grand divide among churches; on one side, a t-shirt proclaims ?Jesus Was Homeless? and a large group of churchgoers do amazing and loving things to support the homeless. On the other side we find church leaders and upstanding Christian citizens demonstrating, with a condescension bordering on insult, to keep a tent encampment out of their neighbourhood.

Tent City, U.S.A. is a documentary about one of many tent cities in the United States. Tent cities are growing in numbers and population across America. Some of them are sheltering activists in the Occupy movement, but most are serving as makeshift communities for those who’ve lost all other options.

In Antioch, Tennessee, a homeless commission is established and advocates for the homeless push to have a representative from their own community on this commission. Officials reluctantly concede, and an election is held.

When the winner of the vote is announced, the four other candidates are visibly crushed, but they’re good sports and hug the winner, Stacey, vowing to do all they can to help her. But TeeTee, who had also been a candidate, breaks down and weeps, walking away from Stacey’s proffered hug.

Is she being a crybaby? Is that why She’s homeless?because she just can’t handle disappointment, placing her at the wrong end of the Darwinian advance?

Not likely. Tee Tee has been the one who keeps on insisting that good things come to those who wait. An inspiring optimist, she keeps getting up with a smile every time She’s knocked down, with words of encouragement for those getting knocked down with her.

By this time Tee Tee has experienced so much rejection that She’s hypersensitive to it, and this little thing is the straw that finally crushes her. But only for now.

When you really examine the plight of the homeless, you may notice that the problem is not so much lack of homes for most of these people as a lack of the kinds of supports that communities of friends and family offer, which may explain why the homeless tend to form communities over time. The fact that these communities are ostracized by the larger societies they inhabit doesn’t detract from their capacity to sustain and even bless their inhabitants.

The film is a bit like LatchoDrom, a documentary about the rich Romanov gypsy culture and the deep sense of rejection that haunts it songs and poetry. If the homeless community of America continues to grow and its alumni continue to go to bat for it, will a new kind of post-economic-holocaust culture emerge, one similar to those scenes in post-Holocaust films like The Postman, where evenings in the camp are filled with dance, song, and stories? It’s a lovely prospect, but one that could never justify the wretched conditions of homeless life, any more than the birth of the blues justified slavery and racism.

Tent City U.S.A. manifests six of the Mindful Bard’s criteria for films well worth seeing: 1) it poses and admirably responds to questions that have a direct bearing on my view of existence; 2) it inspires an awareness of the sanctity of creation; 3) it displays an engagement with and compassionate response to suffering; 4) it gives me tools of kindness, enabling me to respond with compassion and efficacy to the suffering around me; 5) it renews my enthusiasm for positive social action; and 6) it makes me appreciate that life is a complex and rare phenomenon, making living a unique opportunity. 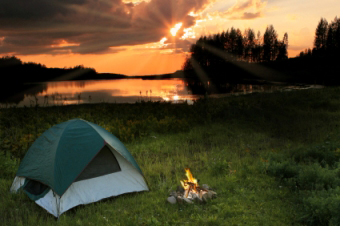 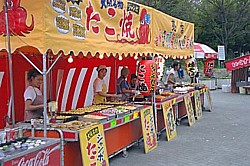 From My Perspective – Festivals and Commercialization in Edmonton