News & Events
The Voice
International News Desk – At Home: Snow Tax – Around the World: Homeless for a Day

Digging your way out after a heavy snowfall is bad enough. But Winnipeg residents could be facing another downside of a harsher than usual winter: a snow tax.

As the Winnipeg Sun reports, accounting firm KPMG’s ?operational review of Winnipeg’s public works,? commissioned by the city, is proposing a ?winter control surcharge? for snow removal. The proposed surcharge would ?be added to tax bills for years when snow removal costs exceed the city’s budget.?
City financial committee members are responding to public outcry over the review.

One councillor told reporters that it was just ?one small suggestion out of a report that is 150-200 pages long and has many, many suggestions ideas to find efficiencies and savings,? adding that the review’s recommendations would not necessarily be implemented.

Other councillors, however, are expressing concern over the situation behind the report. One told reporters that while he does not support the recommendation, It’s ?time to look at what other cities are doing in terms of snow removal and have an honest discussion with Winnipeggers.?

Around the World: Homeless for a Day

As the Toronto Sun reports, a homeless entrepreneur in Seattle is offering experience junkies and do-gooders an ?opportunity live undercover as a homeless person in his city for three days with a tour guide.? The cost? $2,000.

The experience is offered by a company which calls the tour a Course in Applied Homelessness, noting on its website that ??You will gain a new respect for the folks that find themselves in this predicament? as well as ?see the seedier side of Seattle in a new light and have an experience that you will never forget.?

Clients will receive a homeless makeover and will be taken to what Mike Momany, who originated the idea, told reporters were ?favoured homeless spots.? They will sleep in the hostel where Momany stays.

While Momany insisted to reporters that It’s ?not really to make money,? he has been under fire from advocates who say he’s ?exploiting the homeless? and ?[taking] away a bed from someone who has no other choice.?

International News Desk – At Home: Dreaming of a White Christmas – Around the World: Meteor Tracker 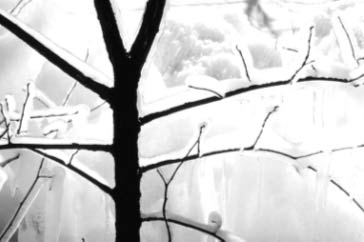