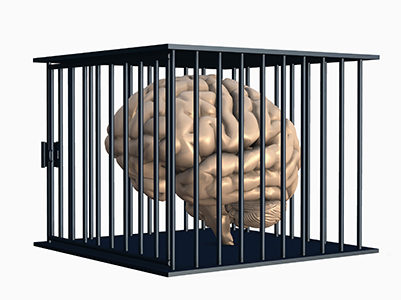 Bad habits. We all have them, and most of us find them nearly impossible to break. Is it because we’re lazy, or lack willpower, or have some other character fault we could overcome if only we tried a little harder? The bad news is that our brain’s habit-making centre tends to shut itself off from the rest of our brain. The good news? You can harness that knowledge to create good habits instead.

In this Los Angeles Times article, Wendy Wood, a professor of psychology, and David Neal, a psychologist specializing in behaviour change, note that ?about 45% of daily behavior is repeated regularly and is thus susceptible to habit formation.?

In other words, we’re running on autopilot about half the time?repeating actions and behaviours simply because they’ve become ingrained, not because we’re deliberately choosing them. Engaging our brains to think about those habitual actions would use up nearly twice the mental energy we already spend. Who has time for that, especially when it would take some of our finite daily energy away from all those other decisions we’re busy making? It’s no surprise that resistance becomes even harder ?when people are distracted, tired, or drained of willpower.?

To make things worse when it comes to breaking bad habits, Wood and Neal write that ?habitual behavior implicates parts of the brain that have relatively sparse connections to other brain areas involved in conscious decision-making (willpower) and goal setting. In effect, our bad habits represent neural islands, pretty much cut off from our thoughtful planning.?

Beyond the question of willpower and potato chips, those findings raise some potential legal issues. Habitual drunk driver? Sorry, Your Honour, but my client’s neural islands have robbed him of his ability to make responsible decisions. That scenario might seem farfetched?until you consider that New York State’s highest court is currently weighing a landmark decision on whether a driver can be too drunk to be held accountable for killing someone.

But if You’re tempted to use Wood and Neal’s research as an excuse for that failing grade in English, don’t expect your professor (or that judge) to buy it. That’s because the same processes apply to good habits, things like waking up early to go to the gym every day. Good or bad, once we create a pattern of behaviour and allocate it to the automatic parts of the brain, it becomes very hard to turn that pattern off.

So how do we get those good habits started and then happily relax while they run on autopilot? It’s a word most of us don’t want to hear: self-discipline.

No, not in a grinding, hate-the-gym-but-force-yourself-to-go kind of way. The trick seems to lay in simply getting those good habits off the ground. And too often, we tend to give up before our brain’s autopilot response starts to kick in.

Say, for instance, you want to start exercising. You decide on walking and give yourself six weeks to make your virtuous new routine an automatic part of your life. The problem is that, four weeks into it, you discover that you don’t like walking nearly as much as you thought you would. So you spend the next two weeks of your overall new goal (more exercise) trying out some other activities.

You finally hit on cycling, but you’ve only gotten on your bike a handful of times. And that means your brain hasn’t had a chance to put that particular (highly enjoyable) habit on autopilot.

If we’re going to incorporate desirable habits into our lives, we need to remember to hit that invisible reset button. If you start with a general goal but fail, simply do a mental reset: adjust the specifics and restart your timeline from the beginning. If Wood and Neal’s research is right, your brain will eventually get it. And who knows? Maybe all that perseverance will become a habit without you even thinking about it.

The Fit Student—Plant Your Habits 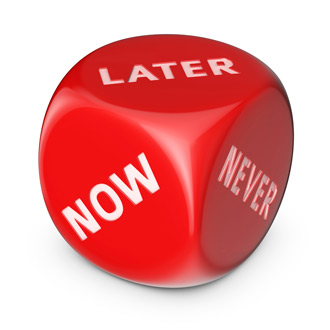