Veterans Day. Armistice Day. Remembrance Day. No matter what you call it, the sentiment is the same, a day to celebrate and respect the men and women who died in various wars to preserve our freedom.

I have to admit, I don’t tend to think of Remembrance Day in those terms. I don’t know anybody who served in either World War. Neither of my parents were born until after. If my grandparents were ever involved, it’s never been spoken of. Am I simply supposed to be remembering the concept of these people, the men and women who bravely went to fight for our freedoms? Except the chances are that they didn’t go of their own volition. Conscription and propaganda were the order of the day for both of the World Wars, and for all sides. Were they fighting to preserve our freedoms, or were they fighting because they didn’t have the freedom not to?

World War I started with the assassination of the Archduke Ferdinand of the double-monarchy of Austria-Hungary and the subsequent ultimatum delivered to Kingdom of Serbia. Old alliances were called on from each side to aid in their defence, those nations in turn called on their allies, and so for four years the world sent men and children to die in trenches because of their national obligations, not national freedoms.

In World War II each side claimed to act in the name of freedom. For the Axis, it was freedom from the economic oppression that the Allies had imposed following the First World War. For the Allies, it was the freedom to maintain the status quo and not be forced to become German protectorates. The soldiers on both sides thought that they were dying for freedom, and in some ways, they were.

I understand the concept behind Remembrance Day, I really do. It’s to celebrate that people were willing to die to protect their way of life and defend their neighbours and countrymen. That’s an amazing sacrifice and should certainly be remembered. But there is a danger when we simplify or idealize these things too much. For many, any questioning of Remembrance Day is an affront. But when we fail to question, to think critically, are we not committing the very same acts that brought the world to war not once, but twice before?

This week, Hazel Anaka takes a different view from me in From Where I Sit. And maybe she’s right. I’m sure there are many more who agree with her than me on this issue. What we can all agree on, however, is that Christina M. Frey is not lying with her article on how two words can lay down a lot of grief when you’re trying to get them right. And S.D. Livingston explains how growing a brain can lead to some tricky dilemmas in this week’s Primal Numbers. We also have some brain food from the Mindful Bard, Gregor’s Bed, and a Council Connection about what AU is planning in the near future, ready for your consumption. 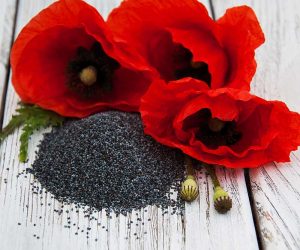 Fly on the Wall—Dude, where’s my Freedom?

A Bug In Your Ear: Don’t Forget to Remember on Remembrance Day