CBC News reports that about 40 people attended the rally from the small city, mostly veterans and union members, who gathered outside the J.R. Smallwood Building at lunchtime on Thursday, November 7th.

The closure will mostly affect the older people who use the office says a veteran who served for 34 years, Winston Childs.

Around the World:Poppies with a Problem
Far from the cheap plastic and felt on a pin, in Britain, poppies have gone upper class. The Telegraph reports on how these expensive pieces, including crystal poppy brooches, poppy bracelets and even poppy cufflinks have become popular. While the makers of these pieces all donate a portion of the sales to the Royal British Legion in support of veterans, it has been found that this percentage is very small on a number of the most popular poppies. 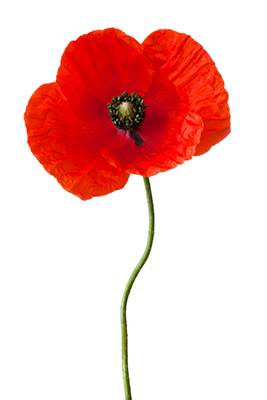