“What I love most about animation is, it’s a team sport, and everything we do is about pure imagination.”
~Jeffrey Katzenberg

“My respect for animators and animation directors has gone way, way up and it is just not something you can phone in.”
~Gore Verbinski

Get ready to relive the joy of Saturday morning cartoons long after you’ve grown bored having seen them all. The dear people at Canada’s National Film Board are celebrating International Animation Day (October 28) by presenting us with a whole month of new, ingenious, mind-spinning animation shorts.

It’s the first year that the cartoon bonanza will be available exclusively online. The great news is that It’s free until November 30. I’m not overstating when I say It’s all good, but there are some specific high points.

True or not, It’s an interesting premise that our society is mentally ill and deems mad those who are the most sound-minded. Frack Dion’s Edmond was a Donkey, the tale of a loser’s hero couched in urban gothic twilight, is a very engaging depiction of this premise.

Edmond’s particular heroism is his solitude and the phenomenal goodness of his character. He’s gentle, sensitive, intelligent, works hard, keeps to himself, is a wonderful husband to an adoring wife, and harms no one. But an episode of bullying by some crass colleagues at work places him face to face with his shadow self? a donkey? and instead of recoiling in horror Edmond embraces this self and finds solace in it.

But this isn’t supposed to happen. Our lives are supposed to distract us from our ugly, existential reality, and so Edmond is punished for loving this reality and finding it beautiful.

Another short, Gloria Victoria, is a stream-of consciousness meditation on the experience of living in a country That’s been war-torn for years. The beginning is very much like the description of the night sky in Stratis Myrivilis’ Life in the Tomb as given by a soldier in a trench?an amazing light show created by a spectrum of explosives. We see Picasso?esque souls falling into the ground, fists rising, and blood streaming from the ground, babies rendered grotesque, and peasants ground into the earth they plough.

Oedipus, by Paul Driessen is a relatively painless way of taking a hard look at a universal psychological conflict, painless because It’s so funny and so familiar at the same time. The light tone and delightfully crude drawings belie what is an extremely effective psychoanalytical strategy?retracing the steps that brought you to your current malaise.

Petra’s Poem by Shira Avni is a stirringly beautiful cinematographic meditation on a simple poem on self by Petra, a young woman with Down’s syndrome.

Reflection, by Sylvie Trouvé is an exquisite rendition of the world through its reflections in windows, puddles, and water droplets. The procession of images alone is breathtaking, but It’s also a potent reminder of how seeing a thing reflected?whether in water or art?adds a whole new dimension to its appearance. 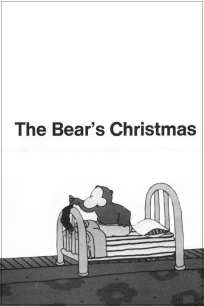 The Mindful Bard – Four Animated Gifts from the NFB archives 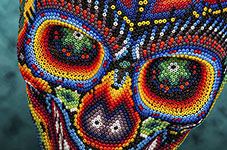