Columns
The Voice
Primal Numbers – In Praise of Science

Here, just inside the threshold of 2014, it might seem like we’ve arrived in the sci-fi future at last. Digital devices rule and the first Mars One mission is only four years away. But the truth is that, even in the 21st century, science still faces an uphill battle against fear and superstition?and we’re not as far removed from our salt-tossing, wood-knocking ancestors as we’d like to think.

Ritual and superstition are, of course, as old as the first Homo sapiens crouched around a fire on a dark night. Engaging in rituals to ward off predators or appease the gods gave early humans a reassuring sense of control in a dangerous, unpredictable world. And superstitious rituals do make sense in other ways. As LiveScience reports, besides the usefulness of rituals as placebos, by ?adopting a belief that you can?or cannot?do something to affect a desired outcome, you’re among the cadre of beings that learn.? (Though it should be noted that pigeons are included in that group.)

But ritual and superstition have a much darker side?one that causes untold pain and suffering even in our supposedly enlightened age. Such beliefs exist around the world. In Bahrain, a member of parliament, Mohammed Buqais, recently ?blasted his government for its failure to raise awareness about the threat of black magic to Bahraini citizens, and especially its children.? In Africa, a widespread ?belief in black magic has led to dozens of murders,? as this LiveScience article reports. In Tanzania alone, at least 50 people with albinism were murdered for their body parts in 2008.

And in Canada and the US, there’s no shortage of psychics and fortune tellers willing to part emotionally vulnerable people from their money. Like the Florida fortune teller who went on trial in 2012 for masterminding a $25 million fraud.

The real problem, though, isn’t that remnants of superstitious, irrational thinking persist on such a large scale. Instead, It’s that, in North America at least, our governments seem to be taking steps backward from the rational, enquiring mindset of the Age of Enlightenment?the period in which reason was valued as a key attribute of power and authority.

We aren’t exactly headed for another dark age but this Maclean’s graph shows a worrisome trend in the publication of scientific research by Canada’s National Research Council. After slow but steady growth from 1998 to 2006, the rate of peer-reviewed papers has seen a sharp fall: from close to 1,800 in 2006 to only 570 in 2012. The drop is tied in part to funding cuts, and a push by the federal government for research that focuses on industrial applications rather than research that might not have immediate practical (and profitable) uses.

As well, Scientific American reported in the fall of 2013 that US federal spending on research and development had ?declined by 16.3% since 2010, the fastest drop in a three-year period since the end of the space race in the 1970s.?

Is there, as some critics believe, a war on science? Are we sliding backwards into a world ruled by superstition and amulets to appease the gods of rain and thunder? No, but we can’t forget that many of the benefits we enjoy?from germ research and sanitation to X-rays?are the result of hard work by rational, scientific minds, often in the face of ridicule and protest.

So as we kick off 2014, let’s resolve to give a little more love to the science in our lives. Check out blogs like Wired, the CBC Tech site, or New Scientist. Spare a few minutes to read that headline about science funding.

And if you don’t have time, well, you can always get your personal robot to do it. 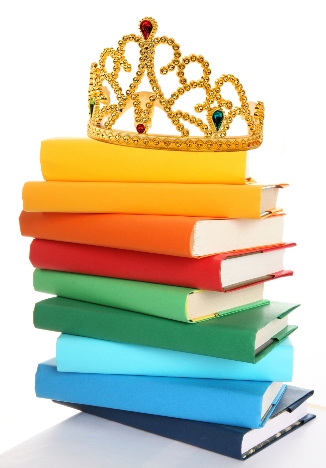