From the first sweetly thoughtful tones of the title track, Illusions manages to express a complex range of concepts with a mountain of music and a handful of words.

As seen recently in the music of Manteca, or from the group Edward Sharpe and the Magnetic Zeroes, there’s a trend happening. A trend that fits nicely with the current romanticism, bowing to the music of the sixties, harking back to what was making waves back then, but also borrowing the salient qualities of then lesser known subgenres like electronic jazz and Arabic modes. And Captain Beefheart, of course.

And as singular a contribution as he’s made to the classical music world, Maalouf’s unique gift lies in his ability to meld differing genres. Yes, this has been done ad infinitum, but much of musical syncretism has lead self-indulgent dead ends. Maalaouf has blended traditional jazz, classical, and Arabic elements into a kind of jazz fusion That’s somewhat at odds with all three but is both intellectually engaging and fun.

The Beirut-born and now Paris-based Maalouf comes from a very talented musical (as well as literary) family and studied classical trumpet under his renowned father, trumpeter Nassim Maalouf, who added Arab repertoire, maqams (traditional modes), and improvisation to the classical, baroque, and modern styles he’d taught his son.

Ibrahim built up a distinguished career as a classical trumpeter before opening his jazz umbrella to cover any genres that struck his fancy. His collaborations with artists like Sting and Amadaou and Maryam gave him a reputation as a versatile and original talent, opening the door to the production of three critically acclaimed albums as well as some formidable film soundtracks. Maalouf has in the meanwhile become a multi-instrumentalist, allowing him to apply his unique aesthetic to a broad spectrum of the sound.

One unique feature of his playing is his use of the microtones (smaller than a half-tone). Part of the challenge of playing Arabic music on the trumpet was that the conventional trumpet lacked the capacity to play microtones–which are a part of Arabic music but not practiced by many Arabic trumpeters in the west, with the exception of Amir ElSaffar. Microtones are also essential to blues?the famous ?flattened? third, created by pulling on a guitar string with the left hand, is a kind of microtone because it emerges at a slightly lower pitch than a normal tone. The Northumbrian smallpipes, a kind of Scottish bagpipe, also has the ability to play these tones. Ibrahim’s father, Nassim, is credited with having invented the ?quarter-tone trumpet? that makes playing microtones possible.

You’ll also hear the kind of fusion jazz high school bands love to play?rich, brazen, loud, layered, boisterous, and danceable, like the theme of Hawaii Five-0?and the perfect escape for those intellectually curious adolescents bent on doing something special with their lives.

The track titles, like ?Conspiracy Generation? and ?If You Wanna Be a Woman? reflect this kind of youthful nerdiness while paying tribute to the history of cool. In addition to Maalouf’s phenomenal trumpet playing you’ll find lots of spirited psychedelic guitar here?especially in the final track, ?Illusion? (not to be confused with the title track, ?Illusions?). And there’s evidence for an abiding love for the James Brown school of heavy funk soul.

?Conspiracy Generation? sounds like the opener to a sixties spy thriller; intense, and driven by rapid drums and a glorious trumpet racing through an exciting?and slightly menacing?motif.

In ?Nomade Slang? we hear the call-and-response pattern common to much of Arab and sub-Saharan African music.

?Busy? begs the question: “are you busy or are you waiting for someone who is too busy for you?” The slow, tender sadness of the piece would suggest the latter. The trumpet’s small soft sobs are perplexed and full of longing.

?If You Wanna Be a Woman? is filled with frenetic but very orderly motifs and runs in a glorious brass polyphony, and the brief episodes of restrained trumpet staccato are more expressive than words.

?True Sorry? is a brilliant Hendrix hard rock reference to the worldview presented in this album, a kind of commentary on this generation and the internal ills that make it weak.

Yes, accomplished geniuses of Maalouf’s calibre can’t help but arouse our envy, but isn’t it just a bit harder to be jealous of them when they let loose and have fun? 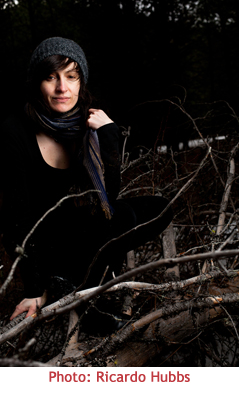