You would be hard pressed these days to find a major movie release that does not have a VFS connection …
– Marty Hasselbach, Managing Director at Vancouver Film School

What do The Avengers, Iron Man 3, The Dark Knight Rises, Monsters University, District 9, Forrest Gump, The Vampire Diaries, Elysium, and countless other popular films and television series have in common? Graduates of the Vancouver Film School (VFS) have been an integral part of the production of each.

But That’s neither here nor there. The Mindful Bard’s agenda doesn’t include drawing attention to blockbusters; even if on a rare occasion a commercial hit fits the bard criteria, I figure that it has enough publicity already. I mention the conventional attainments just to point out the School’s success as a creative incubation chamber. But this article is about the dynamic selection of short films produced and made freely available online by VFS students.

It’s as if a small group of Canadians actually noticed the profound global significance of the Canadian perspective as manifested in our short films. It’s as if someone said, “Hey, we could nurture this perspective, train it, exploit it, and use it to rule the world, making this planet a peaceful haven where everyone apologizes too much and all the men wear bathing trunks that are too small.”

That’s not as scary as it sounds, unless You’re zealously amoral or you completely reject that special brand of self-righteousness that tends to plague us Canucks. And It’s not even so very far-fetched; our history has proven that ingenious short films, on television and in public schools on Friday afternoons, are among the most effective ways of cultivating a community of shared values.

Thus, many of these short films are morality tales?some more Chaucerian than others. You’ll also find short hero tales and recreations of that poignant and peculiarly Canadian aesthetic solitude That’s behind all the creativity we keep generating for the good of Hollywood, Nashville, and New York.

Among these film shorts you’ll find brainteasers and mindless escapes, transcendences and rude awakenings, ethical dilemmas and restorers of faith. They prove that, low art form that it still is to some degree, film can fulfill Jacques Maritain’s dictum that art should be rational, meaningful, and delightful.

My sense has always been that the Canadian artist, high art or low, is like a prophet on the mountain. Lacking the distractions, the competitiveness, and the hectic pace of life that often plague our southern neighbors, yet, having access to all the amazing stimuli that that rich culture produces, we have a unique opportunity to deliver high quality arts and entertainment for their distribution machinery. (Sure, it looks like they’re getting all the credit, but does a true Canadian even care about the spotlight? Our names are in the credits and we’re being paid. As long as we get to keep making art, It’s all good.)

Yes, the contributions of VFS alumni to lucrative commercial productions often eclipse the truly brilliant original works we see here. But, sadly, that seems to be the cost of keeping this school great: giving students the freedom and the resources to produce a broad spectrum of work including those well-crafted films that we love?the films that don’t just delight but also inform, enlighten, and exhort.

I highly recommend making a pot of green tea, opening their official YouTube channel, picking a playlist, and letting the shorts roll. If you want your children to develop a more sophisticated aesthetic than can be fostered by My Little Pony (which incidentally also employs VFS alumni), pick out some cartoons for them to watch, too.

I personally have shown the animated shorts to children in the USA, Canada, and Tunisia, much to their delight. Because many of the animations are wordless, they’re accessible to children of all languages.

The short films of the students of the Vancouver Film School manifest eight of the Mindful Bard’s criteria for films well worth seeing.

1. They are authentic, original, and delightful;
2. They pose and admirably respond to questions that have a direct bearing on my view of existence;
3. They stimulate my mind;
4. They provide respite from a sick and cruel world, a respite enabling me to renew myself for a return to mindful artistic endeavor;
5. They are about attainment of the true self;
6. They inspire an awareness of the sanctity of creation;
7. They display an engagement with and compassionate response to suffering; and
8. They make me appreciate that life is a complex and rare phenomena, making living a unique opportunity. 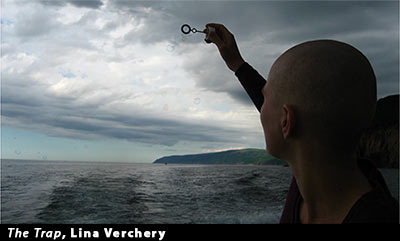 The Mindful Bard – Waiting for Superman