The weird thing about being an American Jew is that underneath all of it . . . is this drumbeat that says: ?You will go to Israel. You will love Israel. Israel was built for us. You will go there and love it and send it money and let it do whatever it wants to whoever it wants to, even if It’s wrong.?
– Mark Maron

Mark Maron tells us about how as a kid he got nailed between the eyes with a baseball which he’d seen coming but to whose swiftly impending arrival he’d failed to react, even though it had been his responsibility to catch it.

He’s doing this downstairs at the famous Village Gate in New York, playing to an audience of maybe a hundred young folks who clearly worship this 50-year-old who’s so funny and yet so in touch with his existential loneliness. He doesn’t try to hide this loneliness from himself or from us but necessarily buffers it with humour.

The incident inspires him to reach back into the past and perform a little psychodrama for our benefit. In it, he tells his young self, as he walks him off the field, that this one event will determine the course of his life. He maps out the future for young Mark (or ?Fatty? as Coach screams at him): a long earthly sojourn of self-destruction, marginalization, rejection, and if he wants, creative expression (not that this last one will help).

He will no longer develop a sense of teamwork or admire anyone but broken losers like him. He will no longer put himself out there to be physically hurt, certainly not by ever playing baseball again. He will henceforth only be free to experience ?thinky pain.?

If you’ve ever experienced ?thinky pain? you’d probably prefer to get struck in the face by a baseball. Judging by Mark’s confessions, being consigned to a life of ?thinky pain? is no picnic. But people like him no longer have that choice. The baseball has spoken. Case closed.

A gift to America in the tradition of Lenny Bruce and George Carlin, Mark Maron’s brand of comedy is both confessional and socially engaged. He often uses the phrase ?let’s work through this stuff,? which sounds self-indulgent, and maybe is, but there’s so much vicarious catharsis involved in listening to him that he deserves to heal a little bit himself.

Mark lets you inside his brain just enough to enjoy it there. One can only guess at the pain inside him, a guess based on the simple fact of his being a comedian, but also on the sense of rejection and abandonment that he allows us to glimpse. Like the best comics in this tradition, he’s a bit of a moral compass. The way he warns us about drug abuse, the dangers of ?porn brain? (recent research actually backs him up on this), and materialism comes from the voice of experience (yes, he’s always made all the wrong choices) rather than self-righteousness. And, although he says excesses of this kind are a bad idea, he does suggest that the wisdom gleaned thereby can come in handy. For example, when an overdose of pork fat makes his hand tingle, his drug experience tells him just to ride it out.

Another theme that keeps cropping up is commonality. Just when he thinks his goals are uniquely his own secret a perfect stranger will show him that he’s not so special, that his innermost thoughts and desires are plainly obvious and easily understood. Like when he enters a record store looking for Beefheart because he wants to get caught up on what he couldn’t understand back in the sixties; the young clerk knows where it is and even recommends the best album.

Maron touches on his relationship problems just enough to frame his loneliness and vulnerability. And of course we see ourselves in it and That’s what makes it funny?and bearable?sucking some of the tension out of our failure anxieties.

His comments on his own creative process are right up there with the hilarious method recounted by the composer Satie (who details a daily program wherein he schedules ?bouts of inspiration? that last anywhere from three seconds to half an hour). Maron says he doesn’t prepare but then pulls out his ?system? of note-taking just to show that he’s got a system he doesn’t follow, a system made up with scraps of hotel stationery covered with handwriting he can’t read. He calls it the system That’s kept him ?out of the big time for the last twenty years.? The writing does no more than help him think and pull up ideas from within himself. It’s a system That’s doomed to fail unless a miracle happens, and That’s the whole point.

1. It is authentic, original, and delightful;
2. It poses and admirably responds to questions that have a direct bearing on my view of existence;
3. It provides respite from a sick and cruel world, a respite enabling me to renew myself for a return to mindful artistic endeavor;
4. It is about attainment of the true self;
5. It inspires an awareness of the sanctity of creation; and
6. It displays an engagement with and compassionate response to suffering. 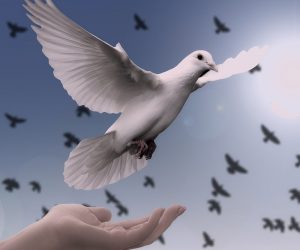 The Enduring Power of Random Acts of Kindness